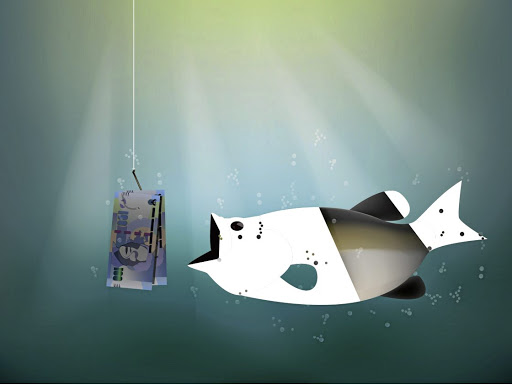 We are entering into what seems to be a synchronised interest rate cutting cycle over the next year, except for China and Norway, which are expected to hike rates out of 19 countries. Experience over the past decade when quantitative easing was in full force with interest rates at the zero or lower bound in major economies is that many countries, especially emerging markets, went on a borrowing spree in hard currency. When the US Federal Reserve signalled and eventually started to raise rates, the debt servicing costs started to chock economic growth.

While at an Open Society Initiative of Southern Africa (OSISA) Debt Conference, Sub Sahara African countries’ love for debt was made clear, but it was evident that the consequences when conditions become unfavourable are also dire. As much as 40% of countries are in danger of debt crisis, eight countries including Mozambique and Zimbabwe are already in debt distress, and 18 countries have surpassed 55% debt-to-GDP ratio. In South Africa, the debt ratio has more than doubled to around 63% if we include Eskom’s government guaranteed debt.

The problem is that many of these countries have nothing to show in terms of the infrastructure build using this debt while the infrastructure need remain glaringly large and binding for economic growth, job creation and poverty reduction. My fear is that with the expected interest rate cuts and easing financial conditions across the developed world, the burden of servicing debt will likely moderate leading to complacency in tackling the apparent debt crisis.

My fear was sparked following a panel discussion on the role of Public Private Partnerships in infrastructure investment in the region. In the panel, was representatives from the World Bank, the Trade Collective, and the African Forum and network on Debt and Development. Except for the World Bank representative and the moderator who both clearly articulated a role for PPPs, the other contributors almost demonised the private sector participation in PPPs, pointing that they are exploitative to governments and community by extracting supper profits while taking little risk in these projects.

I couldn’t help it but think why are governments entering into these partnerships if it’s so bad for the fiscus and the communities? One of the reason which the panel agreed on was because of the skills and expertise in project planning and execution. The obvious reason that governments have over borrowed, misused funds, did not build the infrastructure and therefore required private sector funding, was just-in-passing discussion. Had governments used the funds appropriately by prioritising those projects that have big impact and output and job high multipliers, it can be argued that private sector funding requirements would be far less given the extend of debt accumulated over the past decade.

The fact of the matter that we can’t wish away is that public sector funds are limited, yet, funding requirements for infrastructure are significant. Demonising private capital will not help the development and jobs agenda. I would have expected discussions that diagnose where PPPs aren’t working and to come up with solutions to make them work instead of saying they suck government resources at the expense of the people.

Project identification is the responsibility of governments. The setting up of the regulatory framework and risk and profit sharing mechanism is largely the responsibility of governments through whichever implementing agency. It cannot, therefore, be constructive for the part that have the power to enact laws and indeed an active participant in drafting the terms and conditions for these PPPs to cry because the terms disadvantage the state.  In South Africa, the renewable energy projects are one such case in point. It was pointed out that renegotiating the terms, given the burden on Eskom is having in terms of operating costs, have been made extremely difficult if not impossible.

As far as advancing the growth agenda, the debates must shift from ideology to pragmatism and ruthless implementation. One such pragmatic decision will be for countries whose debt is entering unsustainable paths to take advantage of the coming low debt service costs to consolidate and free up space to undertake infrastructure build. PPPs have an important role to play, what is required is to customise models from other countries to local conditions.