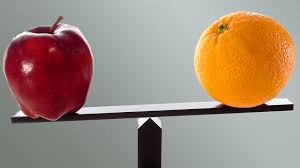 On the Main Menu: One of the most frequent comparisons I have come across is that of South Africa and developed markets. It’s the most bizarre comparison one can make, but too often it is used to justify a view that says SA is the worst performing economy compared to “other” economies, or that its institutions are weaker than “other” countries. In the investment world, returns from domestic assets are compared with advanced economies to justify the need to shift funds offshore.

So often in conversations, the “other” countries are not specified. When this sort of analysis is presented to unsuspecting recipients, usually non-technical clients, incorrect conclusions may be drawn, which may influence decisions. Sometimes the right decisions may be made but the reasons behind the decisions would not pass through a basic stress test.

One of the lines I have heard being thrown around is that SA has experienced the most portfolio outflows – hot money - year-to-date and since the pandemic hit our shores. Yes, SA has experienced one of the most severe outflows, but it is not the worst over both periods.

From April 2020 to the end of August, South Africa experienced US$3.8bn in net outflows, meaning addition both bonds (-US$0.4) and equity (-US$3.4) outflows. That is the third-worst after Turkey and Brazil which saw net portfolio outflows of US$6.8bn each over the same period. Behind SA is Thailand with US$3.5bn net outflows, which brings countries that had negative net outflows to four out of fourteen emerging markets. The other ten emerging markets experienced inflows into their capital markets. China led the pack with US$216bn followed by Russia (US$32.3bn), Chile (US$21.5bn), South Korea (US$20.1bn), Colombia (US$12.8bn) and India (US$6.1bn). Indonesia, Malaysia, Mexico and the Philippines all recorded inflows between US$0.5bn to US$3.1bn.

All else considered; SA is not performing well on capital flows, but it is not the worst. The equity market is the most impacted, driven by the weakness in the underlying economy. Before someone says all economies are weak anyway, that’s true on account of the covid-19, but before covid-19, SA’s is a laggard on economic growth. Bond markets have seen some inflows in June and July following outflows from February to May.  SA is a country while advanced economies is a region that should be compared to emerging markets. SA is an emerging market that should be compared to Turkey, Brazil, Chile, Rwanda or Botswana. Not the United States or the United Kingdom. Those are in a league of their own with the likes of Germany, France and Japan.

The folks at JP Morgan sees the global outlook recovering in a synchronised fashion on the back of reopening economies and economic stimulus. They see divergencies opening, with North Asia ahead as China powers up. Latin America is expected to underperform while Euro area leads the US. The later lends support to a weak US dollar thesis.

Markets performance while you are sleeping:

·        In currency markets, the US dollar index (DXY) was flat along a host of emerging market currencies.

·        US industrial production and capacity utilisation

Very insightful. We must benchmark ourselves within the emerging markets frame.