Markets Daily: Beyond GDP, SA is not doing well 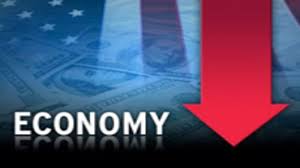 On the Main Menu: One of the most glaring consequences of the deep recession that has engulfed SA is that the economy has regressed to the 2007 real GDP level. To get further perspective, I go back to 2007 and look at GDP per capita — the average GDP each citizen in a country produces, ignoring that some are below working age while others are too old to work — and compare SA with 22 countries that had roughly the same GDP per capita of between $10,000 and $13,000 (at purchasing power parity).

If we ignore for a moment that SA is unequal and simply use this imperfect statistic as a measure of progress, the country has fallen behind, on average, over the past 13 years. If anyone doubted that the past decade was wasted, this should remove that doubt for good. Iraq, Lebanon, Azerbaijan, Serbia, Belarus, Palau, Algeria and Panama have all either suffered severe political conflict or are small islands with no resources other than their people, yet over the past 13 years, their GDP per capita grew faster than that of SA.

Granted, GDP per capita is an imperfect metric. So let’s look at alternative indicators that are more holistic. This week the 2020 social progress index (SPI) was released by the Social Progress Imperative, which collects data on 48 indicators grouped into 12 themes, which are in turn grouped into three main themes covering basic human rights, the foundation of wellbeing and opportunity. This is a comprehensive indicator that is far better than GDP or its related concept, GDP per capita, in measuring progress on the quality of life.

On the SPI SA ranks 82 out of 193 countries, which means it’s better than average. However, if we look at the sub-indices that make up the overall SPI there is a concerning picture. In the basic human needs sub-index SA ranks 107 out of 193 — below average. On nutrition and basic medical care and water and sanitation, SA ranks 115 out of 193, while on shelter it ranks 96 and in personal safety 146. Relative to 15 countries with similar GDP per capita in 2019, SA is worse than average.

The foundation of wellbeing sub-index places SA at 95 out of 193, worse than average. This is the indicator that includes such aspects as access to basic education, access to information and communication, health and wellness, and environmental quality.

The third sub-index pertains to opportunity, with aspects such as personal rights, personal freedom and choice, inclusiveness and access to advanced education. On this one, SA performs better at 48 out of 193 but remains average relative to the 15 peer countries on GDP per capita.

All said and done, what the GDP and GDP per capita figures show is mirrored by more comprehensive measures of social progress. SA is not doing well. Ultimately, to improve social progress economic growth will have to improve. Economic reforms are necessary and cannot be delayed or we will face another wasted decade that will further fracture the social fabric of our country.

Reading about the UK-EU divorce proceedings, one confirms what humans go through. Divorce is tedious, long, uncertain and painful, and has collateral damage, mostly to uninvolved parties. Paul Donovan, the Chief Economist of the UBS, says don’t ask economists to discuss tedious UK-EU divorce proceedings. There is no rational response to any process devoid of rationality. Each partner will act selfishly for personal satisfaction at the expense of kids. In this case, the UK and the EU leaders are reported to act selfishly for their egos at the expense of their citizens. The UK seems set to a hard Brexit without a deal, to the detriment of the UK

·         In currency markets, the US dollar index (DXY) is flat just like EMs currencies that are largely flat.

Thanks for the article. So which feasible economic reforms SA can adopt to ease the situation?