Markets Daily: Where has the 3% rate cuts and capital adequacy accommodation gone? 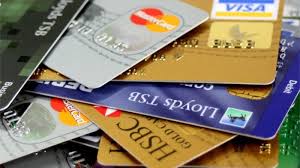 On the Main Menu: Since the covid-19 pandemic hit South Africa’s shores, the South African Reserve Bank has gone to great lengths to easy financing conditions in the domestic economy.

The bank has cut rates by a cumulative 300 basis points (3.0%) and also reduced regulatory capital for commercial banks, to allow them to help their clients. More so, part of the R500bn stimulus package included the R200bn credit guarantee scheme which was to be made available to corporates through commercial banks. Combined, what has been the impact of these measures on credit extension in South Africa?

Where has interest rate cuts and regulatory capital reduction gone? It looks as if much went to restructure loans instead of generating new credit growth. Which means that we should not expect a demand boost from credit extension if all monetary policy decisions made year to date have not resulted in an acceleration of credit growth.

The data so far shows a deceleration in credit growth and is likely to continue this trend for a while as the unemployment rate is expected to increase. For commercial banks, the cost of credit is a secondary factor to having an income. It would be incorrect to expect banks risk appetite to increase simultaneously with rising unemployment. As such, while further monetary policy stimulus, as I expect a rate cut this coming Thursday, is good for the economy from a cost reduction point of view, all that savings will go straight into discretionary savings and not into spending. The impact of monetary policy therefore will be limited until the economy recovers, employment prospects improve and consumer and business confidence rise.

Who I am reading: The debate about Milton Freidman’s essay about the business of business some fifty years ago is back, unfortunately, he is no longer around to defend his views. Essentially, his view was that business’s function is to make a profit, and must not care much about the environment, workers or the community where it operates. He was wrong. The emergence of Environmental, Social and Governance (ESG) as critical aspects business need to care about proves this point. A move from shareholder value focus to stakeholder value focus is underway and will only intensify. South Africa has much to do to unlearn Freidman’s ideas and engage in the business of solving society’s biggest problems profitably. That’s the business of business.

Markets performance while you are sleeping:

·        In currency markets, the US dollar index (DXY) was flat along a host of emerging market currencies.

·        US Fed policy decision, the first one after the move to average inflation targeting framework. You can almost forget everything else, as it will be about the Fed but that comes after SA market close.

Thanks for this sir. Just like the evolution of macroeconomy, new theories come up with every crises and old ones get disproved or reinvented.