Active inertia: the art of change by doing it the old way​ 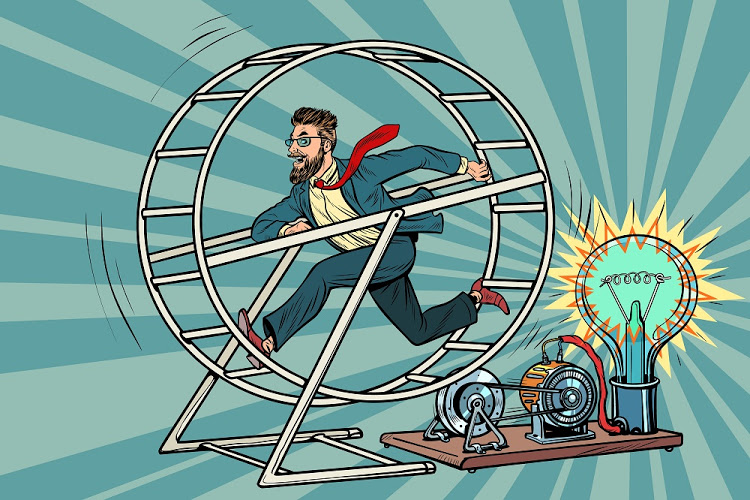 SA requires three necessary but not sufficient conditions to propel economic growth from its snail’s pace of the past few years. First, regaining fiscal credibility, which I wrote about in these pages two weeks ago. Second, big-bang structural economic reforms, and lastly continued incentives and policy certainty in mining, land, energy and other areas to attract private sector investment.

For these three aspects to be realised there has to be consensus in the governing party, the government, business, trade unions and civil society on priority areas and what the structure of the economy should look like. As it stands, consensus does not appear to exist, and this has created what Tito Mboweni termed “policy inertia”. By inertia, I believe the finance minister was essentially saying there has been no, or at least very little, implementation of the economic reforms articulated in the Treasury’s economic policy paper at the end of 2019.

In truth, it’s not an inertia that emerged in recent times. This is an active inertia, which means that despite knowing what is wrong with the SA economy and the solutions already having been proposed by Treasury, most government branches continue to actively pivot on the same response that created the current economic malaise. Perhaps this is a reflection of political paralysis in the governing party, which as an economist I am unqualified to comment on.

That aside, the result of that paralysis creates a bimodal economic policy distribution, whereby it is possible to get both bad and good economic policy outcomes from the same government that has committed itself to economic reforms. Two examples: first, the department of mineral resources & energy finally announced that private sector companies can generate their own electricity without even requiring a licence. Though an Eskom solution remains elusive, this is a big and positive shift for the sector, and from a policy signalling point of view. This is the sort of policy change that can make investors believe the government is getting rid of active policy inertia.

The second example almost reverses the positive signalling and sentiment of the first. SAA went into voluntary business rescue due to its financial distress. This is good, and many companies emerge from financial distress due to this process. The business rescue practitioners, in their wisdom, have recommended operational changes to the airline with which the government disagrees. To an outsider it appears as if there is a predetermined outcome from the business rescue process that the government expects, such that any other outcome is simply not going to be acceptable.

It is possible that there are multiple solutions that can bring this troubled state-owned enterprise back to life. The fact that the Development Bank of Southern Africa, whose mandate is funding developmental infrastructure, has lent the airline R3.5bn — the first time it has had to lend any money to it — creates a perception that this is a fiscal bailout by other means, especially since a senior bank official is reported to have said that the lender does not expect the funds to be repaid by SAA, but by the government. This does not help the state regain fiscal credibility.

In times of economic crisis, as we are in now, how SOEs are dealt with matters just as much as the content of what is done. This is applicable to economic policy reform in general; both the how and the what matter. This needs to be done like an orchestra with a single conductor. As it stands, SA’s economic orchestra is in discord, and private sector investors are likely to stay on the sidelines waiting for harmony.

Though there is still a lot that needs to be done to regain fiscal credibility and push through economic reforms, to the government’s credit the work on attracting fixed investment through the investment envoys and investment conferences is a positive one, and recognises that investors still need incentives in addition to reforms.