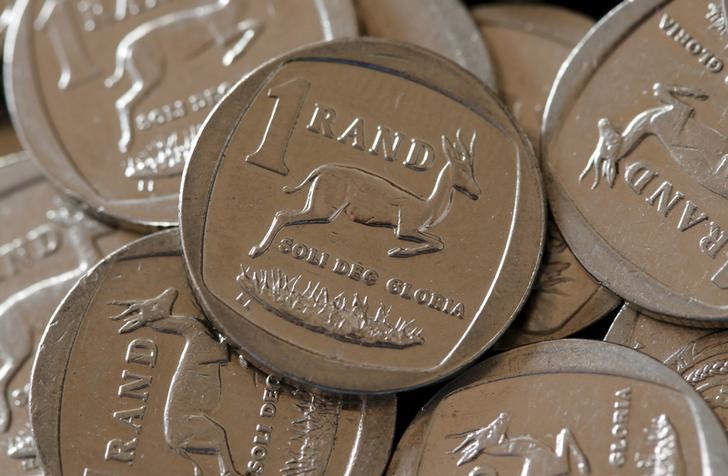 Some commentators have boldly predicted that the rand will likely weaken to 60 to the US dollar or more simply, that the rand will crash, and that South Africa is closer to approaching the International Monetary Fund (IMF) for a bailout due to the current bleak economic prognosis.

On the rand crashing to 60 to the US dollar, especially over the short to medium term, these commentators are outright sensationalist and have no plausible justification of why the rand would crash to those disproportionate levels. While economic growth remains at pedestrian pace, conditions are nowhere close to what would force South Africa go to the IMF for a bailout. This too is scaremongering.

Let me elaborate on each of the points, but first, a picture of the current economic backdrop that sparks these ideas is necessary.

The current global economic growth outlook continues to slow down with the risk for the US economy to enter into recession sometime over the next 18 months rising. The US yield curve as shown by the difference between three-month and 10-year bond yield is the most inverted since 2006. The two-year relative to the ten-year yield curve briefly inverted on Wednesday, the first time since 2007. The past six US recessions have always been preceded by a yield curve inversion, so this development surely rings some alarm bells.

The global bond market is also screaming heightened risk. The quantum of global bonds with negative yields have increased to US$16 trillion this past Wednesday, up by a whooping US$2 trillion over a space of a week. This means that global fund managers are happy to invest in securities which they know for sure that if they hold to maturity, they will get less than what they invested. They must be worried about something, a global recession.

Growth in Chinese industrial output for July declined to its lowest in 17 years and retail sales came below expectations. The UK and German economies contracted in the second quarter of this year. The most recent Purchasing Managers Indices, which measure the health of the manufacturing sector is in contractionary territory for all but three major economies.

The global environment points to a risk-off outlook that will potentially result in capital outflows from emerging markets including South Africa. More importantly, due to weak domestic growth, rising debt on the back of State Owned Enterprises (ESKOM) bailouts, South Africa’s fiscal risks have increased with Moody’s likely to change the outlook on the Baa3 rating – the last remaining investment grade rating -  from stable to negative on the 1st of November 2019 followed by a downgrade to sub-investment grade in 2020.

While estimates vary, some R45bn will flow out of the bond market if Moody’s downgrade the rating to sub-investment. The currency will weaken, even with the risk-off trade in place, it is highly unlikely to go to R60 to the dollar. A look at about 20 countries that have lost investment grade since the early 1990s show that equities, bond yields and currencies recover in the 12 months following a credit rating downgrade to junk status. Over the short-term, domestic real bond yields will likely increase, which will attract capital inflows chasing yield, especially given the low yields in global bond markets. If a global recession occurs and capital outflows and a domestic credit rating downgrade simultaneously occur, the rand can depreciate by between 15-30% over 12 months, which would take it to just over 20 to the US dollar. A R60 to the dollar is nonsensical, even in the event of an outright default, which is not a plausible scenario currently.

As far as South Africa being close to approaching an IMF bailout is concerned, economic conditions are still far off to require one. Countries that go cap in hand to IMF usually have a balance of payment crisis, banking crisis or funding problems. There is none of all these at the current moment.

South Africa has just under 10% of its total debt portfolio in foreign currency and about five months of import cover, which is above the acceptable three-month level. Domestic capital markets are deep and liquid, and Treasury has never had any issues raising funding. The domestic banking sector has always been conservative in that it doesn’t raise significant portion of its capital in foreign currency.

While these factors point out to those that look at the numbers properly, that South Africa is not yet anywhere close to an IMF bailout, it’s in no way discounting that the economic outlook is dire and requires urgent economic reforms.