Don’t be complacent about Moody’s outlook 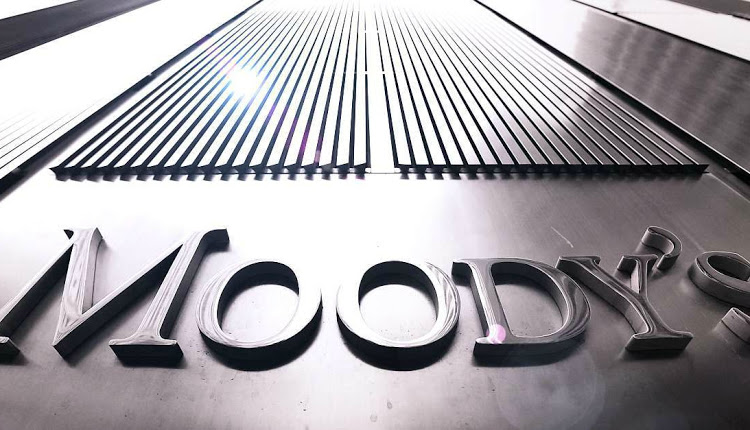 There is a false sense of comfort that has swept through the political and part of the financial circles following Moody’s comments that there is a low probability of a credit rating downgrade over the next 18 months. A credit rating downgrade was never a high probability in 2019 but a change in outlook from stable to negative was. That has not changed, I believe Moody’s will likely change the outlook to negative from stable on 1 November. Here is why.

The 2019 Budget Review forecasted debt to reach 56% of GDP in 2019/2020, rising to 60% of GDP by 2023/2024 before flattening out and remaining largely unchanged at 60% of GDP 2026/2027. This GDP trajectory assumed a recovery in real economic growth, slightly higher inflation and tax buoyancy, which have all now moderated, such that nominal GDP will be lower than expected, which, in turn will result in lower tax revenue collections.

First, National Treasury based the budget forecasts on economic growth of 1.5%, 1.7% and 2.1% in 2019, 2020 and 2021 respectively. However, economic growth expectations for 2019 has moderated significantly to 0.5%, which is a third of the initial expectations. The SARB now forecast 2020 and 2021 real economic growth at 1.8% and 2.1%, roughly in line with 2019 Budget forecast. Moody’s has caught up to the rest of the market on growth projections and National Treasury will follow suit when it releases its Medium term Budget Policy Statement next month.

Thirdly, the Budget assumes a tax buoyancy rate of 1.31 in 2019, followed by 1.17 and 1.08 in 2020 and 2021. However, for the past three fiscal years, tax buoyancy has averaged 0.96. This would imply that buoyancy rates were overestimated, especially in an environment of weak economic growth, high unemployment and declining corporate profitability. SARS warned us a few weeks ago that there is a high risk that tax collections will disappoint relative to budget.

The result of the above three factors would imply that there will be a sizable revenue shortfall of at least R60bn in the current fiscal year. Using the IMF Debt Sustainability Framework, would imply a debt to GDP ratio of about 65% in the 2019/2020 fiscal year. Add the R59bn - R26bn in 2019/2020 and R33bn in 2020/2021 - Eskom bailout, this takes the shortfall for this fiscal year to about R86bn and the debt to GDP ratio rises to 67% and does not stabilise. We have written about these numbers in these pages but there seems to be some unexplained sense of comfort.

Here is the problem, to stabilise the debt at 67% of GDP, real economic growth should be at least 2.7% sustainably over the long term. At the current pace of economic growth, this imply that South Africa’s debt trajectory is unsustainable and requires consolidation either by raising taxes, cutting spending or growing the economy at a minimum of 2.7%.

The first option is difficult to implement in a weak economic growth environment, and may even lead to a further slump in economic growth or outright recession. The second option, cutting expenditure, is partially possible, though difficult given the significant social safety net that is required. The last option seems the most obvious and simpler politically, but requires hard economic reforms, which are currently constrained by political brinkmanship.

The outright opposition to the National Treasury’s economic strategy discussion paper by labour demonstrate how poisoned the narrative is. Between now and November nothing can be done to change the economic trajectory. Meanwhile, business confidence has plummeted while continue to debate procedure and processes instead of the actual ideas. The economy has inertia, which is currently not optimistic and as such, we must never be tempted to believe that if growth remains weak Moody’s will downgrade the credit rating. All we know now is that Treasury has been given the comfort to lower its growth forecast while implementing a consolidation path. The ball is now with the Treasury and the rest of government, labour and civil society to prevent a rati8ng downgrade.