Equity rally will be sustained only with help from central banks 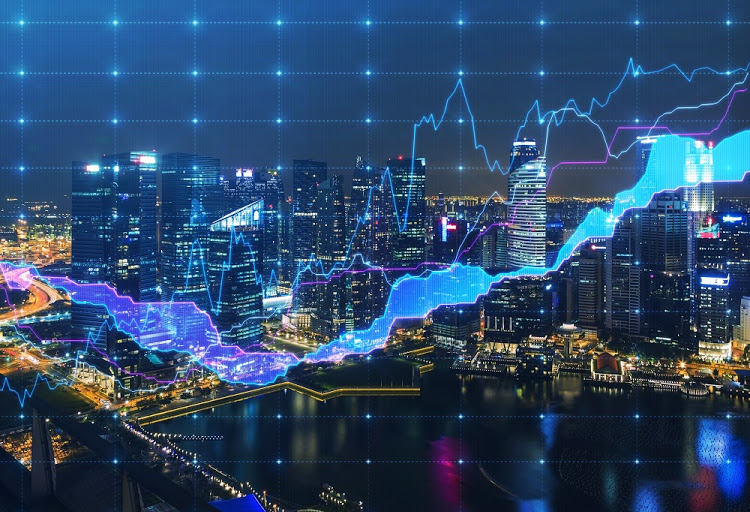 There is a disconnect between what equity and bond markets performance are telling us about the outlook of the global economy, and therefore the performance of different asset classes that matter for investors. This disconnect has the fingerprints of the US Federal Reserve and the European Central Bank’s dovish policy stance.

The first quarter of 2019 delivered good returns for equity markets - measured using MSCI indices -  with almost every major region in positive territory. Global equities were up by 12.3%, driven by both advanced and emerging market equities, which rose by 13% and 10%, respectively, following broad-based declines of almost similar magnitude in the last quarter of 2018. In advanced economies, the US, Europe and the UK equity markets gained 13.3%, 9.7% and 9.4% in the first quarter of this year. In emerging markets, all the BRICS countries equities delivered gains, China leading with 18% and South Africa lagging with 4.0% and the other three countries somewhere in between.

Looking at these equity markets performance alone would indicate a healthy global economic growth environment, but other pieces of data elsewhere points in the exact opposite direction.

The Citi Global Surprise Index, which measures the difference between expected and actual real economic activity, has been in negative territory since April 2018 and has been getting more negative since September 2018. This implies the market has been overestimating how strong the economy is. This is confirmed by Bloomberg consensus estimates of economic growth in major economies such as the US, Eurozone, the UK and China being revised downwards, especially for 2020.

Let’s set aside the debate on whether markets are efficient or not and assume they are largely efficient. In that case, we may believe that equity markets are right to be optimistic about the outlook. The bond market, however, is pessimistic. The US yield curve – the difference between short- and long-dated bond yields – have inverted, which has preceded seven of the past seven US recessions. Some analysts are dismissing the current US yield curve inversion to signal a coming US recession, citing that this time is different. Let me reluctantly concede for a moment and say perhaps not a recession but a growth slump or a soft landing is coming some four to five quarters away if history is anything to go by.

The International Monetary Fund (IMF)’s April World Economic Outlook downwardly revised the global economic growth forecast for 2019 to the slowest pace of 3.3% since 2009 from its January forecast of 3.5%. What is more concerning is that the slowdown is broad-based, with 70% of the value of the world economy moderating.

To reconcile these pieces of information, it is clear that equity markets are in a short-term bull market fuelled by global central bank’s monetary support and easing trade tensions. But there are risks in this view. Central banks turn dovish for a reason and historically, they do so when they are staring a significant economic slowdown in the face. This equity rally will be sustained only if central banks reinstitute quantitative easing or cut interest rates in response to weakening real economic activity as shown by the Citi Global Surprise Index and the moderating JPMorgan Manufacturing PMI, which is corroborated by downward revisions in economic growth forecasts by both market participants and the IMF. The Fed Funds rate are pricing in a probability of rate cuts in the US, which is consistent with equity market performance.

The second quarter US earnings season will offer some clues on where global equity markets go next and my sense is that we will see a moderation given that bond markets, economic growth estimates and incoming real economic activity are all pointed in that direction. This matters for South African investors because global market dynamics dominate local factors and if global markets sell-off we will go down with them.