Fed hikes could trigger US recession — and global uncertainty 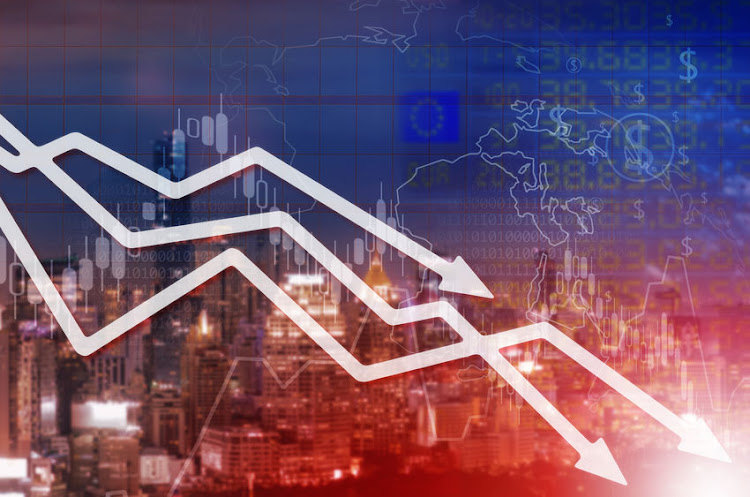 The Russia-Ukraine war is a stagflation shock to the global economy and has compressed what I thought would be year-long themes into the first half. Beyond the first half the environment is highly uncertain.

While almost all practical Covid-19 restrictions have been removed in SA, they have not been eliminated in China, which has zero tolerance for rising new infections. Shanghai has entered a citywide lockdown following a surge in infections, with more than 13,000 recorded on Monday. Reuters reports 23 other Chinese cities are under partial or total lockdown, affecting more than 190-million people and 22% of the Chinese economy.

As the world’s manufacturing hub this implies that supply value chains will remain constrained, and overall inflation in key economies will remain high.

Economic growth has been moderating as base effects from the recession waned and interest rates started to rise. Then Russia waged a war on Ukraine, which is in effect a stagflation shock to the global economy. Given Russia and Ukraine’s sizeable contribution to global commodity exports such as oil, natural gas, coal, wheat and fertilisers, the prices of these war-affected commodities have shot up by an average 90% at their peak.

The effect will be to redistribute income from importing countries to exporting countries. SA benefits from non-oil export commodities, while it loses out from oil imports. The loss from high oil prices is generalised across the economy, while the benefit is more confined to the commodity exporting mining sector and, to an extent, the financial sector. So there is also an income redistribution between sectors of the economy.

When commodity prices rise, overall inflation also rises. Monetary policy will have to respond with higher interest rates to keep inflation within targets. While the high commodity prices have been beneficial for tax revenues, the recent R1.50/l reduction in petrol prices announced by the Treasury shows the double-edged sword that the war in Ukraine is.

Monetary and fiscal policymakers in Pretoria will face a highly uncertain period in the months ahead. The Fed funds futures are pricing in hikes of 50 basis points three times, in May, June and July, followed by 25 basis points in the next five meetings ending in March 2023. That will take the Fed funds rate to 3.25%, a level last seen in January 2008 when the Fed was cutting rates from a peak of 5.25% in July 2007 as the global financial crisis unfolded.

Whether this will continue to hold will depend on what central banks do, which in turn will depend on how long the war in Ukraine and the resultant high commodity prices last.

For SA policymakers all of these are highly uncertain variables. For now, what is clear is that interest rates will have to go up, perhaps faster than current thinking. The high commodity price party will come to an end when the war ends, which requires thinking beyond commodities for long-term economic growth and fiscal sustainability.