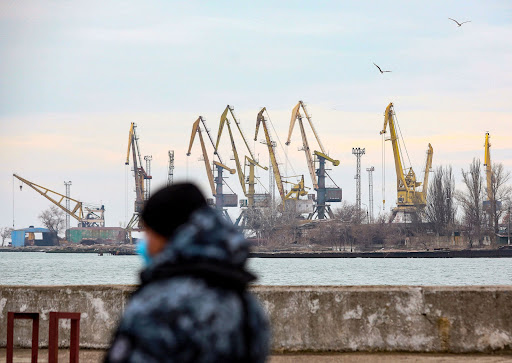 Nearly 2,500 world leaders and global experts, including some 50 heads of state and 300 government officials, gathered for the 52nd World Economic Forum (WEF) annual meeting in Davos this week.

The first in-person conference since the beginning of the pandemic focused on pressing global issues and their possible solutions under the theme “History at a turning point: government policies and business strategies”.

SA’s delegation to the world stage was rather low-key, with President Cyril Ramaphosa not attending. It simply did not have the same oomph as previous ones. This possibly reflects two things. First, that immediate domestic issues outweigh what SA could contribute to solving global issues; second, global issues have shifted away from those that put SA at the centre.

There are five issues of immediate concern for the global economy that require a collective response.

The first is the invasion of Ukraine by Russia and its implications for the world economy. Key global commodity markets such as energy and food have been disrupted. The prices of petrol, diesel, fertilisers and grains have surged — reaching crisis levels in some countries.

“Just-transition financing will likely take a back seat”

Some governments are trying to intervene to ease the pain, but all solutions will fall short if the war in Ukraine continues. All indications point to Russia doubling down while Nato countries increase budgets to help Ukraine.

While Europe looks for alternative suppliers of gas to replace Russia, there is a widely reported food catastrophe approaching. The Russian blockade preventing the shipping of grains out of Ukraine, surging fertiliser prices and the general increase in input costs for agricultural production imply that food price inflation is likely here to stay.

The second global concern is Covid, particularly in China. There is also an outbreak of monkeypox, with 92 cases reported in 12 non-endemic countries — Australia and 11 countries in Europe and North America.

This adds risks to the already disruptive hard lockdown restrictions in China that continue to disrupt global value chains.

The third concern is high inventory-to-sales ratios across various commodities and markets as ships remain stuck at ports. In some instances, such as in the automotive sectors and electronics, the shortage of semiconductors mean consumer demand is not met and prices escalate.

The expected increase per litre in the petrol price.

The fourth worry is inflation, which has now risen out of the target ranges of many central banks, with no peak in sight.

Politicians have surprisingly proclaimed that inflation is one of their main priorities, a function reserved for central banks. This is because high inflation hits the poor the most, and they are the majority of voters in many countries.

The threat of social unrest due to a cost-of-living crisis continues to rise. In SA, the expected increase in the petrol price this week is more than R3.50/l, which would be the highest increase in history.

Very high inflation combined with low growth or recession — stagflation — is a scenario central bankers and global leaders want to avoid. And it seems the US is headed that way if supply side disruptions do not correct fast enough.

As the adage says, when the US economy coughs everyone catches a cold. The global economy also faces the risk of significant slowdown or recession due to rising interest rates.

The last major issue — which seems to have taken a back seat for now — is climate change and how to deal with it. The impact is already being felt, but addressing it will take years.

Meanwhile, the invasion of Ukraine, infections in China, inventory disruptions, rising and persistent inflation, and rising interest rates are all choking economies now. There are ways to resolve these issues over the short- to medium-term: a diplomatic solution to the war in Ukraine, high vaccination rates and the relaxation of lockdown restrictions.

SA’s plight over just-transition financing will likely take a back seat in global forums, which is why there was little enthusiasm about Team SA at this year’s WEF.