Government has made bold moves, business must reciprocate 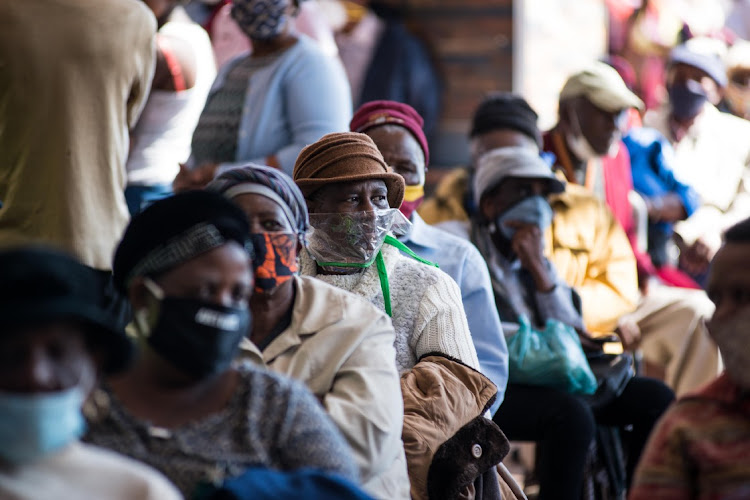 President Cyril Ramaphosa has laid ample political capital on the table; the least the captains of industry can do is match it with their wallets

In his state of the nation address, President Cyril Ramaphosa gave his administration 100 days to negotiate a new national compact to put SA on a higher economic growth path to reduce unemployment, poverty, and inequality.

For the first time, and in stark contrast to the rhetoric of those who see the state as a central driver of the economy, he pronounced what economists and business people have been saying for many years: that the business of government is not to create jobs, but to create conducive conditions for businesses to thrive and create jobs.

The 2022 National budget has set in motion the president’s pronouncements on the new compact and the position of business in the economy. Big business must now lay out what it is prepared to do to help revive SA’s economic growth, and demand further reductions in red tape.

Let me begin with three things the 2022 budget did well.

First, it provides relief to households and workers. The extension of the R350 Social Relief of Distressed (SRD) grant for 12 months ending March 2023 at a cost of R44bn was necessary, some would say unavoidable.

Freezing fuel levies and the Road Accident Fund levy, for the first time since 1990, is a welcome relief of R3.5bn for motorists squeezed by high fuel prices.

The finance minister also announced that National Treasury, together with the department of mineral resources & energy and energy, will review the fuel pricing structure.

The full adjustment of income tax brackets for inflation puts R13.5bn back into the pockets of workers, largely the middle-income groups.

Furthermore, the R18.4bn funding for the presidential employment scheme will go a long way to assisting young people with temporary employment opportunities.

Social grants will receive a R14.7bn bump up to adjust for inflation over the medium term. Combined, this is almost R95bn in direct relief of poverty and hunger. A budget for the people, anyone?

Second, businesses have been provided with relief of R2.6bn through a reduction in the corporate income tax rate, to 27% from 28%.

To borrow from Michael Sachs (Wits University adjunct professor and a former head of the budget office at National Treasury), the president and his finance minister spent their political capital to buy financial capital from big business.

In the context of the size of the total revenues, this is minuscule, but the message it sends to business is bold, especially given the loud calls from labour and civil society for businesses to be taxed more to fund social welfare. One can only imagine the backlash and pushback the finance minister received for this move.

The announcement of the Bounce-Back Scheme (BBS) targeting small and medium-sized enterprises (SMEs) reinforces the president’s intent to put business at the centre of economic revival.

Data from the International Labour Organisation (ILO) shows that SMEs enterprises are responsible for 65% of jobs in SA. In line with this, the BBS, which is a R15bn small business loan guarantee scheme, also shows the Ramaphosa administration’s intention to help business thrive.

The loan guarantee will see the state take the first 20% or R3bn (out of the total scheme) loss for participating banks and financial institutions to encourage them to lend money to small businesses. A budget for business, anyone?

The commodity price performance drove a R182bn tax windfall which has helped to cover government wages, and the SRD grants and will speed up consolidation. Treasury has produced a good budget that should help build confidence.

Not all is well, though. The unfinished business is a predictable wage settlement regime for government employees. This is one of the biggest risks to the fiscal strategy that National Treasury needs to resolve.

“As far as a new social compact is concerned, business must now show its cards as government has done”

In fact, given that the expenditure ceiling and the primary budget balance as target fiscal anchors have lost some credibility following Treasury's failure to meet its commitments, there needs to be a new fiscal anchor — the public sector wage plan — tied to productivity and service delivery, which would bring better control of public finances.

Finally, as far as a new social compact is concerned, business must now show its cards as government has done.

A reduction in corporate income tax has been delivered, so was an extension of the employment tax incentive. The foundation of fiscal sustainability has been laid. A red carpet has been rolled out for businesses to be at the centre of reviving the economy.

Big business must give the president something with which to replenish his political capital. To demand that more be done without committing to something will be acting in bad faith, and the more time it takes business to come to the party and revive growth and create jobs, the less political capital the president will have to fight against those opposed to the reform agenda.