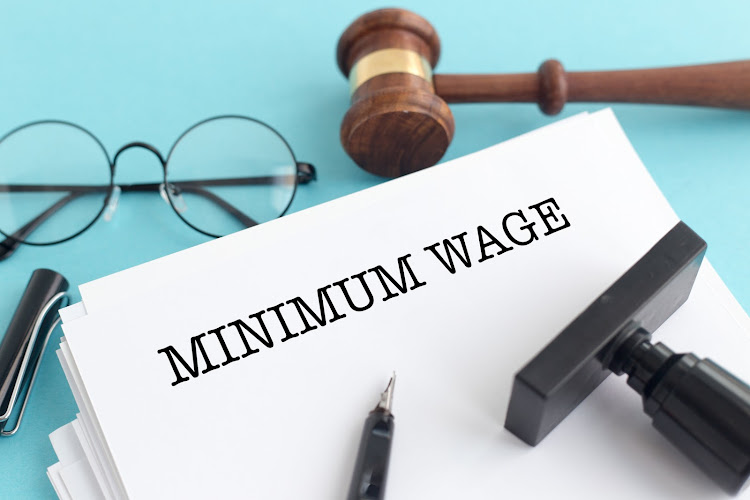 SA's labour market policies do not seek to solve the problems of what should be its primary constituency; the millions of people without jobs desperately lining up for meagre state support at the hands of an economy deaf to their plight.

However, this overlooks the point that the unemployed perhaps need to get into the labour market first and bargain for better pay once they have some experience. The Asian experience in lifting millions out of extreme poverty offers lessons useful for reducing unemployment here.

One of the rigid policies that often hinder labour absorption in some sectors is the demand for high minimum wages.

The commission on national minimum wages is awaiting responses from public consultations on the rate for 2022, two years after the pandemic decimated businesses with limited support from the government.

Increasing minimum wages for businesses that have done all they can to keep people employed by asking employees to take salary cuts rather than reducing headcount does not address the most important labour market problem of the day — a lack of jobs rather than low wages.

South African policymakers fancy China's development model, including the idea of a state-led development path. However, one cannot have the economic outcomes without the key enabling policies for such outcomes and robustness in the business environment.

They also talk of a desire for a capable state but underinvest in education and skills development, and often fail to deal with corruption and the lack of professionalism among government officials.

We offer a poor employee value proposition to skilled people while cadre deployment displaces the best-skilled where they are needed most, which is at local government level.

SA's policymakers want a clean government, but systemic corruption has resulted in more than R1bn spent by the Zondo commission to get an idea of how deep it has run over the past decade, so far with minor consequences for wrongdoers.

They want unskilled and semi-skilled labour to be absorbed into the labour market with minimum wages higher than the median of rich countries. It is clear that some policies are no longer suitable for today's problems, or they are not implemented correctly.

In China, with a development path that inspires some policymakers, national minimum wages were almost nonexistent. Millions of people were lifted out of poverty over a single generation through relatively flexible labour market policies and strong investment.

Today, all these reforms have paid off. We see Chinese tourists all over — they are some of the most prominent spenders globally.

Can SA do better to reduce the unemployment rate and take millions out of poverty? The answer is yes, but it requires a willingness to do away with approaches that have not produced the intended results.

I hope, but I am not confident, that our policymakers have the political will to do this. I will spell it out anyway.

The evidence of the impact of higher minimum wages on income and employment is mixed.

Research by University of Cape Town labour economist Haroon Bhorat and colleagues shows that there were no strong wage effects, no employment effects and only a marginal decrease in hours worked in 2019 after the implementation of minimum wage law. Earlier research showed a decrease in employment in agriculture.

With this mixed evidence and unchanged labour dynamics, the state should experiment with alternatives such as reducing minimum wages and making it easier for companies to reduce employees when the business cycle is in a downswing.

Much of Asia did not have high minimum wages in their early stages of industrialisation. Advanced economies, too, are not that different.

Will SA defy this trend with rising minimum wages, especially with the impact of the pandemic still lingering? I doubt it. People must get jobs first, then bargain for higher wages while earning some income, which is bound to be higher than the meagre R350 Covid relief grant the state can't even afford to make permanent.

Where will these millions of people find jobs?

We have the twin challenges of low economic growth and an unemployment crisis in SA, and we must do everything possible to get the unemployed into the labour market. After that, we can discuss other wage parameters.