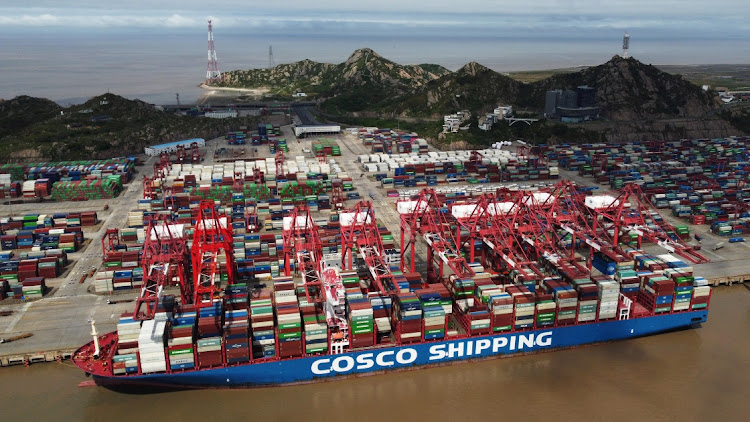 Not only do the loans come at a favourable interest rate, they are accompanied by the kind of scrutiny that corrupt South Africans need

There is grave misunderstanding in sections of our society about the meaning and utility of loans from the World Bank, and developmental institutions in general. Much of the commentary on the World Bank is frozen in time.

There is also an unfortunate conflation of the identities of the World Bank and the International Monetary Fund. This is due to ideological blinkers and downright laziness.

Over the years, the World Bank has gone through a series of reforms. Its primary form of engagement with middle-income countries is through knowledge partnership, which allows for cross-fertilisation of policy learning including between countries that are members of the World Bank.

At the core, it is a development bank that offers cheaper forms of finance than most commercial banks, and many countries including China and India have taken advantage of this.

China’s significant use of resources from the World Bank for its climate mitigation actions led to the US complaining about its over-use of these resources.

In SA, ideological blinkers have yielded a posture that is anti-developmental in the name of progressivism.

The recent R7.6bn World Bank loan to SA, which follows its R11bn loan in January this year, has stirred this ideological debate once more. This debate misses the point and, worse, its economic reasoning is weak.

Some have questioned whether the money is necessary. Why are we going to the World Bank? Why are we over-borrowing? And so forth.

These questions are trivial from an economic perspective. If we consider the data from the budget, SA's borrowing requirement for the 2022/2023 fiscal year are at R485bn (7.5% of R6.44-trillion nominal GDP).

We need every financial resource we can get our hands on to fulfil the country’s developmental objectives. We have budgeted to borrow since our tax revenues are lower than our expenditure, and cheaper sources of finance should be welcomed, especially from institutions of which SA is a member.

Even if we were to include the R11bn first loan and take the combined figure, which comes to R18.6bn total loans the World Bank has provided to SA for Covid relief, it is still 3.8% of what we need to borrow this year alone.

The point is that this is minuscule relative to the size of the economy, the size of our spending needs and the size of our borrowing needs. If we agree that SA will need to borrow to plug its deficit, why should it not take money from the World Bank, which comes at a lower cost of borrowing? Why be a member and not benefit from its resources?

The National Treasury could have been a little more transparent in its statement by stating the basic details of the loan, such as the term and interest attached. That said, the statement does say it is a low-interest loan relative to market interest rates.

If we take the 10-year bond yield of about 10.5%, the economics of borrowing this money from the World Bank are obvious. If you must borrow from two sources, always take the one with the lower interest rate.

When the World Bank lends to you, rest assured it will want to see that the money has been used for what you said it would be used for. If you borrow to build a hospital, the bank will want to see a hospital at every stage of its construction at the quality it is supposed to be.

Simply, when you borrow from the World Bank, you get a lower-than-market interest rate (good economics) and you get scrutiny of how the money is used, usually through the bank’s knowledge services or monitoring and evaluation tools.

In a country still struggling to reduce corruption, this free monitoring service must be welcomed, not shunned by ideology.

China, as of December 2019, had 97 projects with $12bn in funding from the World Bank. These projects include transport, public administration, water and sanitation, agriculture, industry and trade. Structural reforms, anyone?

The Left in SA thinks it is more radical and progressive than China by questioning World Bank loans.

Imagine, had SA borrowed R400bn for Eskom's power plant construction, there is a high likelihood the plants would have been better monitored and completed, and load-shedding would not be here because the World Bank would have monitored the use of those funds.

Investment that is hindered by energy availability would have flowed into the country. The economic growth and jobs picture would look different to what it does now.

The debate about World Bank loans is a storm in a teacup.

The economics are clear, but clouded by an ideology that no longer has a firm basis on which to stand.

Perhaps it is time to self-introspect and accept that the fears against historical stringent conditionalities associated with Bretton Wood institutions are the worst hindrance to development.

Our own self-imposed ideological framing fails to recognise our inability to manage mega infrastructure projects or to embrace ways to overcome this.

A step in the right direction is to use funding and knowledge transfers from developmental institutions, instead of shunning them as evil capitalists while failing to deliver development on our own.