Insight into ‘national security’ aims of US tariffs now crucial 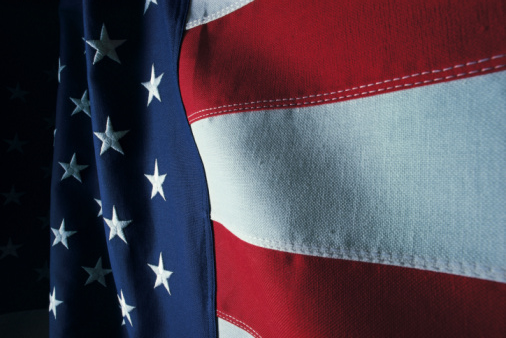 For emerging markets policy makers spanning central banks and finance ministries, and those that manage funds, understanding the impact of US trade tariffs on markets has become more crucial since the US trade wars versus the rest of the world started in early 2018.

The United States now looks like the new emerging market as far as its policy positions are concerned – unpredictable and abruptly communicated via non-traditional channels such as social media pages. What is also clear is that trade tariffs are its number one tool it uses to achieve its goals, dressed as national security, on issues ranging from immigration, intellectual property rights and winning the 5G technology race. Unfortunately, the trade tariffs, announced or actually imposed, destabilises markets and makes policy decisions, particularly for emerging market central banks, difficult.

Global equities retuned -5.9% in May - with negative returns in both developed and emerging markets - following US President Donald Trump’s threat to impose tariffs on Mexico to force the Latin American country to reduce immigration to the US.  Fast forward to June, the trade war truce between the US and China buoyed global equity markets to return 6.6%, with both developed and emerging equity markets ending in positive territory.  Granted, there were other factors that played a role, in particular, the expectations of a synchronised rate cuts over the next year, but the biggest impact was the pause in the US-China trade tensions at the end of the G20 meetings at the end of June.

Bring the emerging-developed market US trade policy into the mix and the outlook becomes clouded. "We have a long way to go as far as tariffs where China is concerned…, if we want, we have another $325 billion we can put a tariff on, if we want" said the US president in a Cabinet meeting at the White House. Over the past week, and to no surprise, the MSCI World index, which tracks the performance of developed markets equities, is down 0.3% while the emerging market equivalent, the MSCI Emerging Markets Index, is flat. Emerging market currencies too have started to give up the June gains. The rand has weakened anew from 13.83 reached last Tuesday to 14.00 against the US dollar since that threat.

Nothing has changed as far as global central bank policy easing is concerned – 17 out of 19 central banks are still expected to cut rates over the next year according to the Bloomberg survey. It is plausible, then, to apportion this poor equity performance to the US hinting at new trade tariffs on imports from China.

The default assumption, therefore, must always be that trade wars, particularly between the US and China, are here to stay, with any trade truce treated as temporary. What follows, then, is that the expected US dollar weakness due to monetary policy easing, which will likely be very shallow because of the zero-lower bound constraint, may not occur because of the trade war-induced decline in risk appetite. This view could change if we see a return to quantitative easing, of which we are still very far from at this juncture.

What should this mean for the South African Reserve Bank’s policy setting? First, it is common knowledge that that the rand exchange rate against the US dollar plays a significant role through its impact on fuel prices and inflation expectations formation. As a result, and despite that the currency remain undervalued against the US dollar, the trade wars may keep the US dollar strong and therefore the local currency weak, which will tilt the risks to the inflation outlook to the upside.

Secondly, there should be an interest rate level, especially for an emerging market like South Africa, below which any further interest rate cuts result in negative impact on economic growth through encouraging capital outflows. This will be South Africa’s interest rate lower bound. Whatever that level is, it must remain competitive relative to other emerging markets such as Brazil, India, Malaysia, and South Korea, whose average real rates is currently 2.1%, less than 50 basis points than SA’s real rates. Because of this the SARB should remain conservative not only because deeper rate cuts are required to boost growth, but also because the risk of trade wars remain.