Markets Daily: An update on Q3 2020 market performance - good but in other markets outside SA 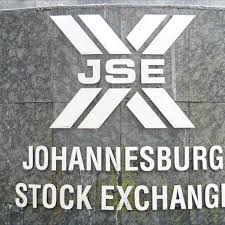 Markets have underperformed across the board in September. Two issues seem to have driven this underperformance:  concerns about a second wave of covid-19 infections across some large countries and the uncertainty regarding US elections.

Countries such as South Korea, Spain, United States and the United Kingdom have seen a resurgence of covid-19 infections which have resulted in varying forms of reinstatements of lockdown restrictions, largely on economic activity related to tourism. Naturally this has brough concerns to markets as it implies that expected economic recoveries will likely be slower than initially thought.

On US elections, the risk is that Donald Trump is reported to be doubting the credibility of mail-in voting system, which has been used in the US in previous elections but has been further necessitated by covid-19. US political pundits raises the risk that Donald Trump will likely dispute election results if Joe Biden were to be declared a winner, which will bring the US political system in extreme uncertainty until the day a new president is supposed to be inaugurated, which is in Jan 2021.

The US election uncertainty is likely a four-month risk while covid-19 second wave is longer than that. Ultimately, both risks will pass, and markets will normalise. Before that happens, we should get used to higher volatility in markets.

Despite the bad performance in September, Q2 2020 posted positive returns globally but SA markets were laggards. Measured using MSCI indices, developed markets returned 8.0% in Q2 2020 while emerging markets returned 9.7% (6.0% excluding SA), in USD terms. SA markets underperformed emerging market peers. The JSE returned 0.7%, with property being the biggest drag at -14.1% return. Financial and industrials also dragged the overall bouse with -1.6% and -2.2% returns. The rand depreciated by 3.5% against the US dollar during the quarter.

In commodities markets, silver and iron ore posted stellar performance with 28% and 22% respectively. Copper, platinum and gold returned 12%, 8% and 6%, respectively.

Q4 2020 will be particularly tough for SA Inc sector on the back of the Medium-Term Budget Policy Statement on the 21st of October, which will show a deteriorating fiscus with a need for a larger adjustment over the medium term. So, brace for volatility in Q4 2020 on both global and domestic factors.