Markets Daily: An update on US-China phase one trade deal 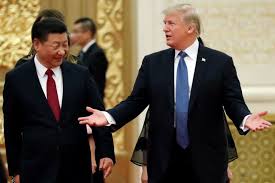 On the Main Menu: Back in mid-February 2020, the US-China phase one trade deal came into effect. China committed to buy US$200bn worth of US goods and services between 2020 and 2021 with 2017 levels of trade as a base. This brought a pause in the trade tensions that have introduced recurrent volatility in financial markets for some time.

The progress on the committed targets is far behind. Just a reminder, according to phase one of the Economic and Trade Agreement Between the US and China, China was going to increase its imports of US products to US$200bn between 2020 and 2021 from 2017 levels. According to the Peterson Institute of International Economics, this implied a purchase of US$173bn.

By the end of July, China’s imports from the US totalled US$49bn, which is only half of the year-to-date target of US$101bn. The shortfalls for 2020 are in the following goods and services categories:

All said and done, China is way behind from meeting its legal targets under phase one of the trade deal. This is a potential risk for an escalation of trade tensions in future, however, it remains uncertain how trade might look in the event of a Biden presidency after the US elections. Just a reminder on this, no US president seeking re-election has won it while the economy was in recession. Donald Trump is seeking re-election and the economy is in deep recession like no other and marred by significant political risks.

·       Deep Work, an easy read on how to get the most out of each day. It’s fantastic, and I will sure have a different relationship with my phone, emails, and socials after finishing the book.

·       Sovereign risk as measured by credit default swaps spreads (CDS) was mostly flat in emerging markets except in Brazil were its down half a basis point.