Markets Daily: Company liquidations up but more to come 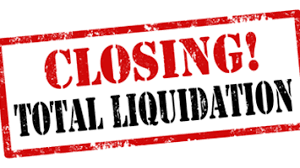 Statistics South Africa published data on insolvencies and liquidations of companies yesterday and there is no glaring blood bath in company failures in the data. The number of total liquidated companies rose by 5.5% y/y in July to 193 from 183 in July 2019.  Compulsory liquidations declined by 26% y/y to 17 from 23 while voluntary liquidations rose by 10% to 176 from 160.

The lockdown began on March 26 and would mean that companies started to be negatively impacted in April. From April to July 2019, the total number of liquidations was 522 compared to 735 over the same months last year. Both voluntary and compulsory liquidations from April to July are significantly lower than for the same period in 2019.

One interpretation of this data given wide media reports of companies that went out of business is that the support provided by commercial banks and the SARB’s credit guarantee scheme helped to delay the closure of some businesses. Liquidity assistance may have helped delay the inevitable for some corporates that were struggling even before covid-19 but credit risk will continue to rise and the numbers will eventually show up. Some of the companies that are experiencing financial problems will die for good and never return, however, there will be others that will emerge out of this crisis. Banks provisioning for bad loans and default rates will confirm what lies ahead.

Absa reported a 93% fall in profits, attributing this to the failure of companies to repay their debts. The bank says it will be focusing on capital and liquidity preservation, which implies that it’s going to be closing the taps on credit extension, the very lifeblood required to keep companies afloat. Could this stance also be impacting on the credit guarantee scheme, which has not yet shown significant take-up? Since its launch on 12 May, R13.26bn has been dispersed as at 18 August, with only R380 million dispersed in the month that ended 18 August. One would have thought more would have been dispersed given the liquidity challenges. Banks risk appetite could be playing a part especially if they are lending according to their normal risk appetite.

The IMF stated in response to the unceremonious firing of the bank of Zambia’s central bank governor Kalyalya, a seasoned PhD economist and replaced him with Mvunga, a chartered accountant who spent most of his time in auditing and commercial banking. The IMF’s statement was concise, highlighting the role of central bank effectiveness and independence in the improvement in macroeconomic stability in many emerging markets in recent years. It also called for the central bank’s operational independence and credibility to be maintained, especially during this covid crisis.

• Risk appetite was mostly better in much of Europe except for the UK and the Netherlands where CDS (insurance against default investors buy for holding a government bond) spreads rose +0.91 basis points and 0.53 basis points. Germany, Belgium, France and even Italy, saw a decline in CDS spreads.

• In currency markets, the rand was relatively flat while the Zambian Kwacha, as expected given the central bank governor’s firing, lost 1.5%.

• Emerging market CDS spread declined across most EMs and by 10 basis points in SA.