Markets Daily: International evidence of why we should pursue economic reforms 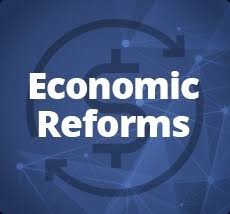 South Africa has an economic structure which structurally differs from 13 peer emerging markets economic structure, in that it has an under representation of agriculture, manufacturing, construction and energy while it has an over representation of government services and financial serves. That is part of the structure of the economy that needs to be reformed to put the country on a higher job creation and economic growth path.

Compared to the median of 13 countries (Korea, Taiwan, Chile, Malaysia, Russia, Mexico, Argentina, Brazil, Thailand, Colombia, Indonesia, Philippines and India) crucial sectors of the economy are underrepresented. Agriculture accounts for 2.7% of total GPP in SA while the emerging market median is 6.2% of GDP.

General government services show a different but still concerning picture. SA has a far larger share of 23% of GDP compared with the emerging market median of 17% of GDP.

What is the point? The average growth economic growth across the 13 countries was double the 1.8% growth in South Africa between 2007 and 2019. Its not a coincident that the countries that have a higher share of agriculture, manufacturing, construction and energy are also high growth countries.

Is there anything concrete government is doing to growth this specific sectors that can put us on a higher growth path?

Dialogues centered on economic reforms have reached a stalemate and fatigued. All hinges on policy implementation which seemingly has been the stick on the mud.