Markets Daily: Investors waiting on the side-lines for more evidence of economic reforms 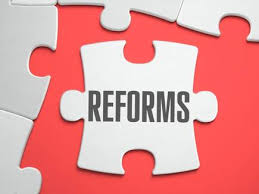 The performance of equity markets has been poor over the last decade, however, it is the SA Inc portion (which includes financial, retailers, industrials and construction) that has suffered a lot due to poor domestic growth while those driven by external growth (rand hedge stocks which include mining sector) has performed relatively better.

Two major economic reforms stand out and they can get the ball rolling if they were to happen. First is dealing with Eskom’s debt and the energy sector. In this respect, there is progress on the regulatory side, whereby the Minister of Mineral Resources and Energy Request for Proposals for 2000MW and an additional 11.8 MW of Independent Power Producers earmarked from 2022. However, dealing with the existing Eskom debt remains a challenge for the utility and the fiscus.

The second reform that is crucial is the fiscus, specifically dealing with the public sector wage bill. R160bn rand needs to be reduced in government spending over the next three years, which is essentially reversing the impact of above inflation increases in wages of R159bn since 2006/2007. The jury is still out of this one as COSATU is reported to have announced a general strike on the 7th of October for a host of issues. I believe the biggest issue is the implementation of the last year of the current and expiring wage agreement, of which government had indicated its desire to not implement due to fiscal concerns. On the wage bill, there seems to be no agreement between government and labour and renders the fiscal path announced by Treasury at risk.