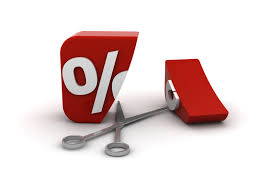 The global economy, for all of the past decade, has been propelled by monetary policy credibility and commitment to act to restore confidence in markets whenever market participants no longer have it, in most cases due to non-monetary policy incredibility or market participants’ misbehaviour that causes markets to dysfunction. Think about Ben Bernanke’s “lower for longer” and “the taper tantrum” and Mario Draghi’s “whatever it takes”; these had a significant impact on markets because credibility was still intact. That credibility is there because there is a belief that the central banks will act according to how they see the likelihood of achieving their mandate in relation to the economy. Credibility also exists because there is a belief that there is no political influence in the decisions made.

Not in Turkey though! Yesterday the Central Bank of Turkey decided to keep rates on hold despite compelling evidence that they should go up. Inflation remains well above its target, the currency has weakened and real interest rates are among the lowest in the emerging market countries. One could say it’s silly to expect the central bank to hike rates in the middle of the pandemic. Sure, but it is also silly for a president to explicitly call for what the central bank should do. Turkey’s president, Recep Tayyip Erdogan has been pushing for lower rates, arguing that higher inflation is caused by higher interest rates. An unproven alternative economic theory in action.

Because of political influence, the Central Bank is drying up liquidity to push interest rates up but its communication makes things worse as this erodes on transparency which is necessary for setting long term expectations.

So, while there could be some form of political victory for stable interest rates because of political influence, the backdoor hike in rates achieved through reduced liquidity presents a significant loss for Turkey’s monetary policy. Credibility is lost.

While debating the role of monetary policy in reviving South Africa’s economic growth, it is always good practice to look at what successful central banks have done. Equally so, looking at those central banks that have failed to implement it also provides useful lessons. Turkey should teach us what not to do with the central bank and its policy independence, inflation targets are not achieved and there is still not boost to growth. Political meddling in monetary policy decisions is a losing game.

Fortunately, in South Africa, we do not have this political meddling. But in case some think credibility is free and permanent, look at Turkey.

1) The Reserve Bank of India kept rates unchanged, its minutes shows that no rate cuts until inflation slows down further.

3) US jobless claims rose in August, signalling that the recovery in labour markets is slow.

4) Futures markets in the Americas indicate a good start to the trading day, while in EMEA futures are indicating starting from the back foot. In the Asia Pacific, markets look in line with the Americas.

5) PMI indicators out of the US, the Eurozone and the UK mind you these are survey indicators and they are less trustworthy in what they convey to the same extent during these times of covid-19.

Have a great day and weekend.

Thank you, I always enjoy your work. Will it be efficient to introduce economic growth target mandate to SARB.