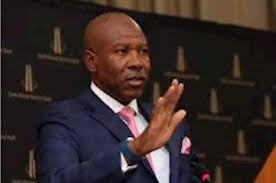 First, technology glitch swallowed yesterday's Markets Daily. That is now solved, and we are back with fewer steps of human intervention in sending you this daily. The Tralon Digital Agency , run by dynamic young people at the heart of cutting edge technology, are superb. You may need to check them up.

Back to the main issue.

The South African Reserve Bank’s Monetary Policy Committee kept the repo rate unchanged at 3.50% in a surprise move to market expectations of a 25 basis points cut. Two members of the committee preferred to cut rates by 25 bps while three members preferred to keep rates unchanged at the current level. The Quarterly Projection Model (QPM) points to no further repo rate cuts in the near term and to two rate increases in the second half of 2021. However, the SARB emphasizes that the QPM remains just a broad policy guide that does not suggest a predetermined path for interest rates, which imply that the MPC may override its forecasted path, when necessary.

Previously, the Monetary Policy Committee (MPC) signalled that it had probably done enough for now, unless the crisis becomes worse than the SARB expects. The second quarter of 2020 GDP undershot the bank’s forecasts; however, it is arguably offset by encouraging activity data improvements.

That said, the deeper contraction in GDP in the second quarter would have created a wider output gap what would be disinflationary. Its not the case this time as the SARB opted to reduce potential economic growth, which in turn reduces the output gap and the subsequent disinflationary pressure would reduce as well. In fact, the output gap was revised lower to -6.5% in 2020 from -7.0%, and the subsequent two years have also been revised lower.

The SARB’s headline consumer price inflation forecast remained slightly steady at an average of 3.3% in 2020 and is marginally lower than previously forecast at 4.0% in 2021 and stable at 4.4% in 2022. The forecast for core inflation was revised lower at 3.4% in 2020 and it is expected to remain broadly stable at 3.7% in 2021 and at 4.0% in 2022. The overall risks to the inflation outlook appeared to be balanced, with global producer price and food inflation having bottomed out and oil prices remaining low.

Locally, the SARB notes that food price inflation will remain contained and currency depreciation risks to inflation are expected to be muted while pass-through remains low. However, upside risks to inflation could also emerge from electricity and other administered prices, which continue to be a concern. More so, heightened fiscal risks could increase pressure on the exchange rate. The MPC concluded therefore that expectations of future inflation continued to soften for this year and have shifted slightly below the midpoint of the target band for 2021 as market-based inflation expectations for short and medium-term inflation have eased slightly, while longer-term inflation expectations remain high.

Bottom line: The SARB, rightly so, believe monetary policy has played its role to manage demand side shock. Its actions are still filtering through the economy, but they are constrained by consumer confidence and business confidence, which is evidenced by other data. For example, credit extension, though still expanding, has moderated from 5.8%y/y in March to 3.2% y/y in July. Banks and other corporates are focused on resilience than efficiency. Households too are exhibiting similar behaviour, opting to pay down mortgage debt than engage in new spending. This means that much of the monetary policy stimulus is going into balance sheet repair in the economy. Monetary policy in times of demand and supply shocks is not stimulatory but it enhances resilience.