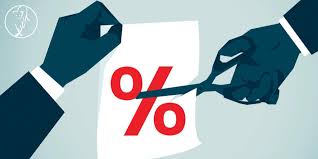 On the Main Menu: This week the SARB Monetary Policy Committee sits to decide on monetary policy, with an announcement to be made on Thursday. Out of 12 economists surveyed by Bloomberg, five expect the repurchase rate to remain unchanged while the remainder expects a cut of 25 basis points, which will take the repo rate to 3.25%, the median market expectations.

At the last MPC meeting in July, the SARB forecasted headline inflation at 3.4% in 2020 before rising to 4.3% in 2021 and 2022. Core inflation, which excludes food and non-alcoholic beverages, fuel and energy, was forecast to average 3.3%, 3.9% and 4.1% in 2020, 2021 and 2022. Both headline and core inflation remain below the 4.5% mid-point of the target 3%-6% range for the SARB’s forecast period. Meanwhile, economic growth for the second quarter was worse than the SARB projected, which mean that the output gap – the difference between potential growth from actual growth usually expressed as a per cent of total output – will be wider than previously estimated.

The decline in the output gap will be disinflationary, thus it will reduce expected inflation. Indeed, the trade-weighted rand is expected to weaken, which will ordinarily be inflationary, but these are extraordinary times where demand has collapsed. More so, pass-through effects are weak when demand is muted, and even so when the rest of the world is in a low inflation environment. This supports a cut in policy rates to support the economy.

Monetary policy is ultimately a demand management tool and therefore cannot lift potential economic growth. Structural economic reforms are necessary and urgent, a message the SARB will likely repeat in this week’s and future monetary policy communications, as it has done the past ones.

Data out of Africa's success stories that unlikely to hit headlines is that the continent’s low covid-19 infections among its 1.2 billion people remain a puzzle to scientists. Initially, there were allegations that most countries in the continent had the lower testing capacity and as such many cases went undetected. A success story from the continent as far as dealing with covid-19 is out of Rwanda, a country with 12 million people, roughly the size of KwaZulu Natal province. Rwanda has recorded 4 479 cases and 22 deaths. In contrast, KZN has recorded 114 904 covid-19 cases and 2319 deaths.

Factors that have contributed to Rwanda’s success story and much of the other countries on the continent is that the East African country instituted one of the most stringent lockdown, only second to South Africa in the continent. Furthermore, free covid-19 testing was introduced by its government, with intensive contact tracing and pool testing to reduce the costs. It is said, whether, through fear or trust, Rwandans listen to their government and have been following its directive, which was based on science.

·       In currency markets, the US dollar index (DXY) was marginally up by 0.6% while EM currencies were mostly down.

·       US FOMC decides on monetary policy on Wednesday 16 September

Insightful data and very easy to read. Thank you