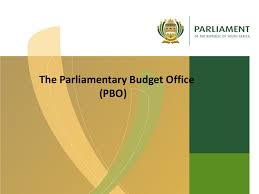 When politicians and economists disagree, the politicians prevail. Nowhere is this truism more pronounced and the stakes higher than in the budget-making process of our country.

Even the most prudent SA finance minister will sometimes be strong-armed by cabinet members or other vested interests into funding expensive, obsolete or simply wasteful programmes. In such instances costs are underestimated, benefits overestimated, and risks downplayed to justify a policy, project or ideologically driven agenda.

Cognisant of the political pressures faced by treasuries and finance ministers, and the need for credible and independent analysis, dozens of countries established legislative budget offices to ensure public money is allocated in the best possible way. The results have been positive for fiscal oversight.

Canada’s parliamentary budget office found that its government had significantly underestimated the fiscal costs of its military mission in Afghanistan in 2008. More recently, in 2017, the US congressional budget office jettisoned the Trump administration’s first attempt to repeal Obamacare by reporting that such a move would leave 27-million people without health insurance by 2020.

Many South Africans might be unaware that SA has its own legislative budget office. Established in 2013 through an act of parliament, the parliamentary budget office presented the country with a powerful democratic safeguard against the abuse and irresponsible use of state resources. It was intended to serve as a watchdog over public resources by providing independent and credible analysis for parliament on the budget and other money bills.

However, for the past seven years the office has made little demonstrable impact to strengthen oversight over public finances. Remaining unknown and ineffective, it oversaw the ballooning of the country’s debt and misuse of state resources through state capture and fruitless expenditure by government departments and municipalities. Lately, the office worryingly appears to have taken a dangerous populist line in its analysis and advice to parliament

When state capture and weak governance were wrecking our country and its finances, the office largely failed in its role as a watchdog over public finances. It was conspicuously absent from costing, flagging and demonstrating the catastrophic consequences (and identifying necessary recourse) that would arise from the dismantling of the SA Revenue Service, the perpetual revenue shortfalls, ballooning public wage bill, successive overestimation of GDP growth by the government, procurement of unaffordable power plants, funding of fee-free higher education, financial sustainability of municipalities, and the costs of successive bailouts for loss-making state-owned entities.

Instead, the parliamentary budget office seemed content to ingratiate itself with MPs and an increasingly corrupt and incompetent executive by doing little more than stating the obvious in its budget analyses and occasional muddled summaries of the government’s positions.

Lately, the office worryingly appears to have taken a dangerous populist line in its analysis and advice to parliament. The cost to the country from a weak, ineffectual or populist budget office is not so much that it has cost the taxpayer R85m since its inception, but more the misallocation and misappropriation of billions of rand of taxpayers’ money, which could have been prevented if the public finance watchdog simply performed its duties.

There is now a rare opportunity to build the desperately needed credible and competent parliamentary budget office as we chart the perilous macro, fiscal and social storms that have been building up over years, made worse by the pandemic.

Parliament has started the process to fill the vacant position of budget office director, who will commanding a salary of more than R2m per annum. Though the process seems suspiciously hurried and many of the shortlisted candidates are lean on requisite expertise and gravitas, the commitment from parliament to make the interviews public should allow for some accountability, and an optimal choice.

But don’t hold your breath — the players will choose their referee and you can predict how effective the office’s oversight of public finances will be through the fiscal storms, which may well end with a postdemocracy debt crisis.

The article was written for and first appeared on www.businesslive.co.za on 24 September 2020 and in Business Day print on 25 September 2020