Markets Daily: The bottom in inflation is behind us 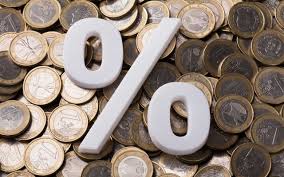 Tracking economic statistics whose compilation has been partly disrupted by covid-19 is extremely necessary to gauge the extent of the damage from the crisis. However, the magnitude of swings in outcomes needs to be assessed with care. Looking at several indicators to confirm a trend in one important indicator has never been more necessary than in the current environment. Trust the wisdom of the crowd more often, and look at a consensus as data issues is a global problem, not just domestic.

In SA, the focus will be on CPI inflation, which is expected to rise to 3.0%. This means that the bottom in headline CPI inflation is behind us. As such, we are possibly at the end of the rate-cutting cycle and those that hopped for the magic Quantitative Easing can see that possibility fade. The repo rate will likely stay unchanged, or see a 25 basis point cut at best to 3.25% and deflation is nowhere near.  Yesterday the SARB’s leading indicator declined by 9.1% y/y in June from -12.0% y/y in May. This marked the 20th consecutive month of decline in economic activity. For those that, for whatever reason, lump everything happening in the economy, this is one indicator that shows that the economy was already in free fall many months before covid. Its structural issues and cannot be solved using short-term responses to covid-19. We will need more than covid-19 related stimulus to revive growth.

The folks at JP Morgan points out that lockdown and fiscal transfers have pushed G4 countries (US, UK, Japan and Euro area) savings rates to record high, which is important for consumer-led economic recovery. The rise in savings meant that spending collapsed across the board. This is why consumer confidence is crucial in releasing that saved income.

·       US conference board consumer confidence fell to 84 points in August from 92.6 in the previous month. Consensus expectations were too optimistic at 93! Could have something to do with uncertainty on the extension of the unemployment benefits, but also the rise in covid infections and reversal of opening up economies of major states.

·       Germany’s GDP contracted by 9.7% q/q (roughly in line with market consensus of -10.1%) from -10.1% in the previous quarter. Big contraction for an economy with fiscal and monetary firepower.  Despite the contraction in GDP, the IFO business climate rose and beat consensus expectations at 92.6 points in August from 90.5 previously.

·       SA headline CPI inflation, which consensus expects to print at 3.0% in July from 2.2% in June. While, core inflation is expected to remain unchanged at 3.0%. The rise in the headline CPI may take away the 25 bp cut some in the market expect. We believe the cut is still possible given that even with the expected rise in the headline figure, inflation is only back into the lower target bound of 3% while the economy continues to bleed.