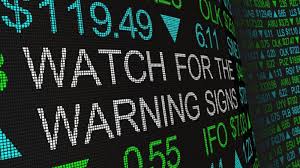 Last week I wrote about the Fed’s new average inflation targeting monetary policy framework that was unveiled at the 2020 Jackson Hole symposium and made two deductions: 1) that US policy rates will remain low for some time (measured in years) and 2) that this means lower cost of capital for emerging markets in general. So far so good, but in both policy marking and investments the future is what it is about.

I am adding a not so good risk of lower rates for longer coming from the Fed’s average inflation targeting framework. As much as lower rates are good for encouraging fixed investment, they are equally good for encouraging risk taking and asset price bubbles. In an environment where economic reforms are too slow across many countries, the cheap capital and the ample liquidity from the central banks’ printing press will end up in financial markets and not necessarily in the real economy on things like infrastructure, manufacturing or agriculture production.

The past decade showed us a bit of this, where Quantitative Easing resulted in asset price inflation and no inflation in the real economy, which is exactly why the Fed has subsequently tweaked its monetary policy framework to try and generate inflation in the real economy. QE has been partially successful in repairing the economy after the Global Financial Crisis but it has also resulted in an increase in inequality. The Fed has also tweaked its labour markets objective form focusing on total employment; it says that it will pay more attention to lower income employment than overall job market to set its policy path.

·         The folks at Alpine Macro are great at thematic research that is implementable. They made some interesting views on US elections. First, they still see the outcome as difficult to call despite the fact that the odds of a Biden clean win are still miles ahead of Trump’s. Second, they believe that in the event that Biden has a clean win, all major Trump policies will likely be reversed. This includes hiking taxes for the wealthy and corporates, spending more on the affordable Care Act, higher regulation on banks and tech companies, and a ramp up of infrastructure and renewable energy investment, among others.

·         While this looks bad for equities, there will be sector rotation from financial and tech to infrastructure and renewables, commodities (on the back of infrastructure) and healthcare (other than big pharmaceuticals).

·         For SA, that should be good via better commodities, the weak US dollar (which is similar to monetary stimulus for global growth) and better global growth.

·         Sovereign risk as measured by credit default swaps spreads (CDS) was mostly flat in emerging markets except in Indonesia were its up 1.3 basis point.

·         BER consumer confidence, expected to have slightly improved to -30 from -33 points. Unemployment will likely shoot up to 35% and this will reverse some of this expected improvement in confidence.

·         On Tuesday, economic growth figures for Q2 2020 will be released. Market expectations put the quarterly contraction at -47.2% on an annualised basis. That translate to a 16.5% y/y contraction. Its deep and it will show up on corporate profitability and how companies optimises costs by reducing their workforce.