Markets Daily: The hard lockdown not the sole reason for the deep contraction in SA GDP 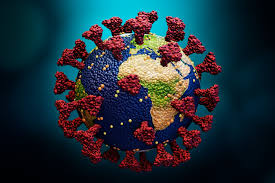 On the Main Menu: Before the COVID-19 pandemic landed on South Africa’s shores, the economy contracted for three consecutive quarters from 3Q2019 to 1Q2020. Yes, these were mild compared with the second quarter of 2020, but the point is that the economy was already sick with glaringly obvious growth negative conditions prior to the COVID-19 pandemic.

My good friend, brother and a former colleague both in the public and private sector, Miyelani Maluleke, one of the best macroeconomist in the market, once put it this way: just as COVID-19 patients with pre-existing medical conditions are the worst affected by the disease, so is the SA economy, it had a multitude of pre-existing constraints to growth, and they showed up in the historic second-quarter contraction.

In one of his address to fellow South Africans, President Ramaphosa once admitted that mistakes in the implementation of COVID-19 regulations happened. But that is true not just in SA but globally. This was to be expected, even though some could have been avoided. That said, some say the lockdown was too hard and that’s why the contraction was this deep. Some even go further and say it was unnecessary and it cost the economy.

There is a partial truth that the lockdown accentuated the second-quarter contraction but it is not the sole cause of the contraction. As mention already in the opening paragraph, the economy was already in a technical recession before COVID-19 due to pre-existing conditions. I will detail these conditions in future blogs.

Is there a correlation between the stringency of the lockdown and the severity of the contraction? This is not supported by the data at the global level. Oxford Economics has created a Covid-19 lockdown stringency index for all countries, which is available at Our World in Data. It provides a comparable view of the lockdown restrictions. If we look at 29 countries comprising 11 advanced economies and 18 emerging markets, the data does not support the view that countries that instituted the most stringent lockdowns experienced the deepest contractions.

At the end of June, SA had the sixth most stringent restrictions among the 29 countries, with an index level of 76.8. Brazil, Chile, Philippines, Colombia, Argentina and Peru — all emerging markets — had more stringent restrictions compared to SA, which recorded the deepest contraction of all in the second quarter. If the level of stringency was the sole determinant of the degree of contraction, the aforementioned countries would have recorded deeper contractions than SA.

Even when we look at the change in the level of stringency from the end of the first quarter to the end of the second, there is simply no noticeable evidence that countries that opened up their economies faster recorded milder contractions. Some, such as Sweden, Indonesia, Brazil, Chile and Colombia, actually increased their stringency but still recorded mild contractions.

The data, therefore, does not support the suggestion made by some among us, who I guess have not looked at this data, that SA experienced one of the deepest contraction globally in the second quarter of 2020 solely because we had one of the most stringent lockdowns globally. There were other factors at play — specifically those pre-existing conditions.

This article is an extract from a column writen for https://www.businesslive.co.za/ published online on 9 September 2020

Wandile Sihlobo, the most prominent agricultural economist in the country, gives some perspective on the impact of COVID-19 on agricultural trade. He concludes that “while the pandemic will result in a loss of incomes in various regions of the world, and in turn, a decline in demand for goods; the agriculture and food sector is one of the few that might not be as hard hit. As such, for the year, South Africa’s agricultural exports could increase from the US$9.9 billion of 2019 to levels above US$10.5 billion in 2020. The key catalysts this year will be the increase in grains and horticulture output and to some extent the weakening domestic currency.” You can subscribe and follow his publications at www.wandilesihlobo.com.

Really great insights and informative. I’m writing an article about GDP of the country. I’ll be quoting some of these. Hope to share with you soon Mr Mhlanga. Thank you