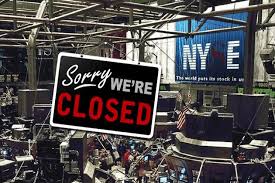 Before digging in, I am away this week taking a break, going out to the village with the hope of star gazing. The Markets Daily might be late as it is today (the usual time it lands in your inbox if you are a subscriber at https://imhlanga.com/ is while you are sleeping), in part because of lack of fibre connectivity (the spectrum is yet to be auctioned) but also due to the fact that there are a lot more interesting things in the village than markets.

Last Friday’s Markets Daily (The Fed’s new inflation averaging framework) touched on the outcomes of the US Fed’s monetary policy review, which has resolved to achieve an average inflation rate of 2.0% over time. This means that following periods where inflation undershoot the 2% target (as was the case over the past decade), inflation will be allowed to overshoot this target for a while before the Fed response by raising interest rates. I will return to analysing of the Jackson Hole policy papers in future, to the extent that the views contained has a bearing on South Africa.

Today I provide a view on President Ramaphosa that is reported to have said that South Africa rejected a US$2bn loan from the World Bank because of the conditions. Many of the global lenders’ loans (such as the International Monetary Fund, World Bank, New Development Bank) come with conditions. Usually, the extent of the conditions indicates how confident the lender is that the interest and their funds will be repaid when due.

The fact that the World Bank had some conditions shouldn’t surprise us, its standard practice. However, that the conditions were so bad that, as a country, we could not accept them should tell us something. It’s the old fear that these conditions take away our sovereignty through limiting our freedom to dictate domestic economic policy.

We still have a window where we can reject loans with stringent conditions. However, if what the Finance Minister says, that we will have a debt crisis within five years if nothing is done to curb its growth, we will not have the luxury to reject these stringent conditions in future. We will accept them with their associated risks to our sovereignty. This is why the National Treasury, correctly so, pencilled in an aggressive fiscal consolidation path, which seeks to reduce the fiscal deficit by over 7% of GDP in the medium term. Two critical aspects are the reduction of debt and the public sector wage bill. If we do not do these adjustments willingly while we still can, they will be done under duress once we reach the debt crisis point, within five years if nothing is done.

Five years later (as at 30 August), the situation has changed significantly. Granted, all countries have been decimated by the impact of Covid-19. However, South Africa’s relative performance within emerging markets have worsened. South Africa’s 2-year bond yield is now the second highest, at 6.1% of the 14 emerging markets I track. The highest one is Turkey. The data does not include Argentina, a country troubled with debt defaults. The country’s 10-year bond is the highest, at 9.3%. The spread between the 10-year bond yield and the 2-year bond yield is at 313 basis points, the third highest after Colombia (339) and Brazil (325).

The yield curve has steepened in South Africa, due to lack of credibility in how our fiscus has been managed. Confidence in South Africa’s prospects have declined and it needs to be rectified with action not talk. The market will hence forth, watch implementation and not the Olympiad of plans currently in place.

·       Sovereign risk as measured by credit default swaps spreads (CDS) was mostly flat in emerging markets except in SA where its flat.

·       Electricity production for July will be released on the 3rd of September.

Love the detail and very precise and informative!