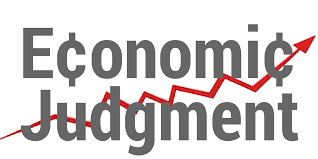 Econometric modelling is both science and art. The science is the robust mathematical representation of the economy, which is never precise on aggregate because the population of most economic variables are either estimates or cannot physically be measured accurately. The art is where judgement comes in. Where there are temporary shocks to the economy like covid-19, judgement should be applied so that permeant decisions are not made based on temporary shocks.

This was not the case with the South African Reserve Bank MPC decision last week. In estimating the output gap – the difference between potential economic growth and actual economic growth - the SARB seems to have forgotten to apply judgement and instead chose to follow a rigid statistical methodology that is well known to have shortcomings of the famous endpoint problem. A lower economic growth relative to actual economic growth means the gap between actual and potential is wider and is disinflationary, all else remaining the same.

Even with lower inflation forecasts that would have resulted from no revision in potential economic growth and the output gap, the SARB could still have decided to keep rates unchanged and rather communicate better the decision. For instance, it could have used the fact that much of the policy decisions are still filtering through the system and as a result chose to wait to see the impact. That would have been perfect reasonable to keep rates on hold than to miscommunicate the role of a statistical model, which needed more judgement but the SARB to seem to have overlooked.

Lastly, the SARB’s main model, the QPM, projected interest rate hikes of 25 basis points in Q3 and Q4 of 2021. Yes, the MPC has stressed that this is policy guidance and not a predetermined path. However, in past MPC meetings, the SARB has decided to bring forward that policy guidance and administer rate cuts when the model suggested rate cuts in the quarters ahead. It will be interesting to see if this decision is symmetric when the model suggests interest rate hikes, especially if inflation risks will be assessed to be on the upside. Whatever the SARB will decide when that time comes, communicating with clarity will aid more to the formation of economic agents and market expectations, which if done properly, can build confidence, but if not, can dent confidence.