Markets Daily: The official unemployment rate of 23.3% is not very useful for policy, its closer to 38% 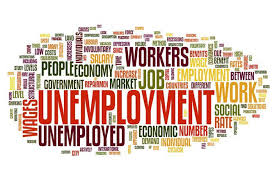 The official unemployment rate of 23.3% is not very useful for policy making

Statistics South Africa (Stats SA) published the Quarterly Labour Force Survey (QLFS), which showed that the annual official unemployment rate oddly dropped to 23.3% in Q2 2020 from 30.1% in Q1 2020, significantly lower than the Bloomberg consensus expectation of 35%. The expanded definition, which includes discouraged job seekers rose to 42.0% from 36.5% in the prior quarter. My estimates, applying judgement to data released by Stats SA puts the unemployment rate at 38%. Here is how we get to it.

Due to the lockdown restrictions the usual face-to-face interviews for household surveys were not possible to contact. Various versions of telephonic surveys were used as an alternative. Stats SA is together with all countries globally in this problem; however, some countries may have better prepared systems that Stats SA.  Stats SA noted that the increase in the NEA is a global phenomenon and not unique to SA with many countries, excluding Canada and the US, also observing declines in employment as a result of larger increases in inactivity. Given the change in the survey methodology for data collection and the fact that Q2 2020 estimates are not based on a full sample, comparisons with previous quarters should be made with caution.

Applying judgement to data reported by Stats SA puts the unemployment rate at 38% instead of the reported 23.3%

Granted, the 5 million people were not looking for jobs but how could they have done so with the government having declared a state of disaster and thereby prohibiting anyone from any activity that requires them to go out outside of essential services. They could not, but not because they were unable to render their labour. As such, they should remain as part of the labour force because they were available to take up work if the government had not prevented them.

The last piece is the discouraged work seekers, which have fluctuated between a decline of 447 000 and 303 000 people per quarter since 1Q 2020. We make a simple assumption that discouraged work seekers will be on the upside, thus we reduce the number of unemployed people by 303 (the highest quarterly increase since 2008) to get 9 million people unemployed. 9 million unemployed people as a percent of the 23.6 million labour force gives us an unemployment rate of 38%. That’s the number that is useful for policy makers not the 23.3% unemployment rate. In fact, the expanded unemployment rate of 42% should be the figure policy makers uses.

What a hard pill to swallow. Indeed SA is a nation in crisis with all the other challenges we face now. Great insights, thank you.

Thanks for providing some clarity here Isaah