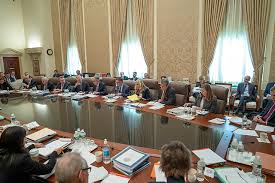 So, let’s begin. As in most cases in economics, initial conditions matters. The review took place in an environment where changes in output or unemployment rate resulted in little change in inflation, the so-called flat Phillips curve. In addition, economic growth has been structurally low and inflation expectation has been stuck below the Fed’s target of 2% for all of the last decade. To complicate matters, the covid-19 pandemic is restructuring the underlying economy in ways no one currently understands. Here are key aspects of the new framework.

·       The new framework, which could be called average inflation targeting, seeks to achieve an average inflation rate of 2.0% over time. This means that following periods where inflation undershoot the 2% target, inflation will be allowed to overshoot this target for a while before the Fed response.

·       The Fed has also tweaked its employment mandate to achieving maximum employment from its focus on deviations from the natural rate on unemployment.

Essentially, the Fed has bought itself flexibility in that it will allow the economy to overheat before it respond, relative to its past reaction function. It will be still data dependent but less reactive to the data.

So what for SA and other emerging markets. This is good news. Less concerns about rising global cost of capital for some time mean there is more time to do the structural reform without having to overly worry about the potential for rising global risk free rates. Events like the taper tantrum are a long distant away and thus likely less volatility and swings in asset prices.

It’s all about the Fed’s Review of Monetary Policy Strategy, Tools, and communications, which admittedly came early. I had expected it to be released at the September FOMC meeting. Several papers are housed on the Federal Reserve Bank of Kansas City. There are six key themes.