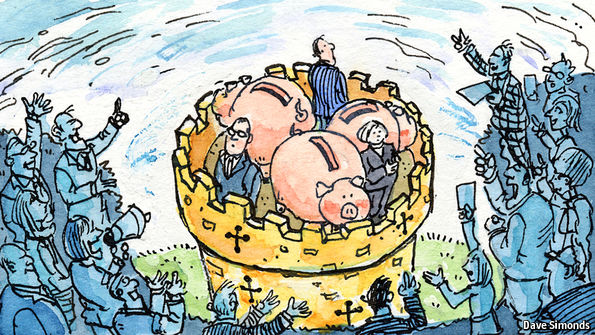 For those that still doubt why independence is necessary, with the firing of the central bank governor, Zambia has just offered us a natural experiment in economics, which don’t come often. For context, Zambia’s inflation was 15.8% year on year in July 2020, which is twice its stated inflation target of between 6% to 8% over the medium term. The country’s cabinet has approved a US$418 million fiscal stimulus, which will likely be funded through debt financing. Let’s watch how bond yields adjust this week and how the financing of the stimulus package unfolds after the unexplained firing of the central bank governor, who is also a seasoned PhD economist and replaced by an accountant.

Long after the crisis is gone, the impact of this move will be felt through markets and investors. There will be a permanent negative impact on the economy through the perceived lack of independence in the central bank. While debating what the South African Reserve Bank should and should not do, we will be served well to learn from Zimbabwe and now Zambia in real-time. Independence of the central bank is not a nice to have, it can make all the difference in its ability to maintain price stability. It must be protected at all times.

Who are we reading

Mohammed El Erian, the Chief Economic Advisor at Allianz, the parent company of PIMCO, wrote about the US dollar trends in Project Syndicate. He writes about the depreciation in the dollar and the emerging worry about the eroding US dollar’s global status. He makes two points that we think are crucial. First, that there is an overstating of long-term implications of short-term trends.  Second, that there is no substitute for the US dollar currently and as such, the growth of other currencies will only result in a more fragmented international system.

That said, our economic views embed a weak US dollar over the short-term to medium-term premised on US dollar overvaluation, weak US economic recovery relative to Europe. There are, however, very short-term risks due to US elections, fiscal cliff and the technology and trade tensions that may result in some consolidation within a weakening trend.

·         Donald Trump alluded to a complete breakdown of talks between the US and China. Markets simply just ignored as Asia and European futures markets started on a positive footing.

·         Reports of possible herd immunity in India contrast with a second wave of Covid-19 infections in Europe, driven by social gatherings and travellers. Fresh lockdowns have been reported in some US states and Europe. With level 2 in SA, scenes over the weekend across different townships shared over social media indicate risky behaviour. Some restrictions may become necessary in future.

·         Half of US states including Texas, California, and Florida have begun reclosing their economies due to the rise in covid-19 infections.