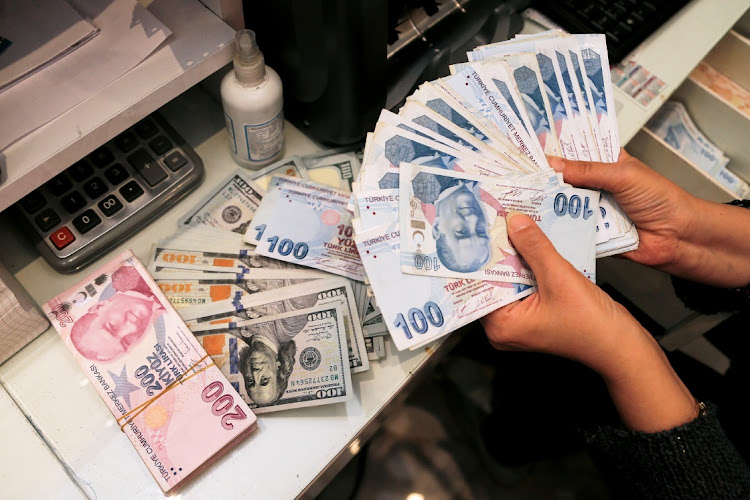 The country’s president persistently orders his officials to do what they advise against, thus the plunge in the lira

The world continues to give SA real-time examples of the dangers of politicians meddling in the workings of otherwise properly functioning institutions.

However, there seems to be either ignorance of these examples or simply a shortsighted inward-looking approach that assumes SA’s exceptionalism and immunity from the consequences of a bad collision of economics and politics. Turkey continues to give SA lessons on what political leaders need to do as far as monetary policy is concerned — that is, don’t tell central bankers what to do, especially if it is contrary to the mandate they have been given. Instead, follow the appropriate channels to change the mandate, get out of their way and allow them to achieve it.

Here is what happened in Turkey: the president, Tayyip Erdogan, fired three monetary policy committee members of the central bank of Turkey. Two of these policymakers were seen to have opposed the last interest rate cut, against the wishes of Erdogan, who has a business administration background and not the economics qualification required in central banking.

In effect the president, who typically appoints central bank governors, appointed individuals he believed to be the best to conduct monetary policy for Turkey, and then told them, despite their technical experience, how to do the job. When they differed with him on monetary policy, he fired them. The central bank of Turkey cut interest rates after that, even though inflation had increased.

Like gravity, which can’t be defied, the market reacted negatively. It has been signalling and punishing Turkey for political meddling in monetary policy, to the detriment of the whole economy. In the year to date the Turkish equity market, measured by the MSCI Turkey index, is down by 27% compared with the MSCI for Europe, the Middle East and Africa, which is up 14.5%.

Bond markets have also punished Turkey, with two-year bond yields up 575 basis points year to date, second only to Brazil, which has its own issues, which I will briefly outline next. Ten-year yields are up 882 basis points, the highest in peer emerging markets. That is a significant increase in the cost of borrowing for the country, which will ultimately cost the taxpayer in future.

Credit default swap spreads, which in simple words are insurance investors pay to protect themselves against government defaulting on its bonds, increased by 170 basis points, the highest in peer emerging markets. The second-highest was Brazil at 107 basis points up.

The Turkish currency, the lira, has depreciated 38% in the year to date against the US dollar, followed by the Argentinian and Brazilian currencies, which have depreciated by 16% and 7% over the same period. Again, Argentina and Brazil have their idiosyncratic issues echoing those of Turkey’s. The Bloomberg emerging-market currency index is down only 8.6%.

Brazil, the other country that has seen its markets respond negatively, has fiscal policy issues. It failed to honour its promise to keep within the constitutional expenditure ceiling due to expanded welfare spending, which increases fiscal risks. Argentina has a long history of debt default.

Why does this matter? In SA there are constant debates about how monetary policy should be conducted. Pressure is applied, loudly at times, from public platforms by politicians who are ill-advised by improperly qualified and inexperienced people. After political leaders have picked the best to serve society in well-established institutions they need to get out of the way and let them do their jobs, and measure them only based on whether they are achieving their goals.

Turkey’s political meddling in monetary policy-making continues to show SA what political leaders must do: hire the best in society, get out of their way and let them do their job.