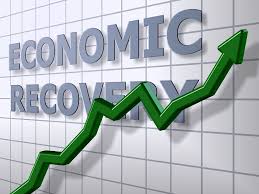 President Ramaphosa announced the South African Economic Reconstruction and Recovery Plan (SAERRP) in a joint sitting of parliament yesterday. The plan could be viewed as a partial implementation of the National Development Plan (NDP) with a few new initiatives that respond to the impact of covid-19 on the economy and jobs. We assess the SAERRP as positive subject to a robust implementation.

We note the following, as far as the focus of the plan. First, much of the economic reform proposals have already been announced through the National Treasury’s discussion paper titled Economic transformation, inclusive growth, and competitiveness: A contribution towards a growth agenda for the South African economy. Indeed, the count of the word reform appears only seven times in the 15-page address by the president.

Second, the words implement, implementation and implementing appear 25 times in the address, which signals an intention for concerted implementation efforts. However, we are sceptical on the state capacity to implement given the difficulty to attract critical skills in the public sector.

Third and perhaps more importantly, the SAERRP rests on private sector participation, however, there was no single mention of the word incentive, which to us is a missing ingredient for encouraging private sector investment. We will have to wait for the Medium-term Budget Policy Statement on the 28th of October to see if there are any incentives that will be put forward, potentially with fiscal implications.

Before outlining the key focus areas, the president highlighted government’s respond to the covid-19 virus, which include the following:

·        The expansion of the social grant payments to more than 17 million people, which helped to keep five million people above the poverty line, with a combined cost of R40 billion to the state.

·        More than 960 000 businesses receiving wage support through the Unemployment Insurance Fund, which covered about 4 million workers to the value of R49 billion.

·        R200 billion loan guarantee scheme, of which R16 billion has been disbursed in low interest loans to 12 000 firms. The scheme is being relooked to increase the take up.

·        Commercial banks, heeding the call by government, assisted households and corporates through restructuring of loans to the value of R34 billion.

·        There is an extension of the expanded Social Relief of Distress Grant program of R350 per month, which so far has been extended to 6 million people for another three months, which will cost the state R6.3 billion.

The president outlined four key priority areas, which in our view, are not entirely new:

·        A R1 trillion infrastructure drive over the next decade, with 276 catalytic investment projects with a combined value of R2.3 trillion already identified. More so, the president announced that as of July this year, 50 strategic integrated and 12 special projects have been gazetted and will be fast-tracked through regulatory approval process. The combined value of these project is estimated at R340 billion.

·        Improving energy security through the procurement of 11 800MW of energy via the Independent Power Producers, in addition to 2000MW of emergence energy aimed to be added to the grid in the next two years. This is not a new announcement as these two measures together with the splitting of Eskom has already been well articulated, though implementation is still missing.

·        A mass employment program that will create 800 000 job opportunities over the next couple of months. R100 billion has been committed to this, however, we will wait for the MTBPS for the details given the constrained fiscus.

·        An industrialisation, localisation and regional integration drive that will be combined with a buy South Africa campaign. Plans in four areas have already been developed, which includes poultry and sugar, clothing and textiles, automotive and sugar. The Master plans for other sectors are still under development.

All considered, the SAERRP is positive, on paper, but it lacks the implementation detail and incentives that will encourage the private sector to invest. We will be looking for further details in the MTBPS to be tabled on the 28th of this month.