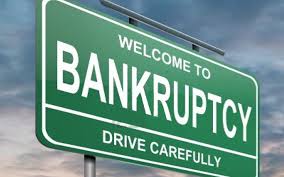 Countries around the world have taken unprecedented measures in their response to the global Covid-19 pandemic, yet the thrust of their responses has been broadly similar.The main focus is on saving lives and livelihoods, which means capacitating healthcare sectors to be able to deal with those that require hospitalisation, while cushioning citizens from hunger by providing income directly through cash transfers for the permanently unemployed, or indirectly for those that might lose their jobs via the the provision of access to cash flow for companies in distress.

The effects of Covid-19 are similar everywhere, but with a difference in magnitude. While capacitating the healthcare sector is straightforward, reigniting the economy and safeguarding livelihoods has proven to be far more complex.It was easier, for example, to promulgate lockdown measures than to manage the complex phasedown of an economy to full openness while assessing the pandemic's impact on businesses. Yet the economy must open to avoid a much deeper economic catastrophe, which might result in frighteningly high levels of unemployment.

So far all domestic policy responses - though well intended and necessary - have exhibited some shortcomings. These must be expected because dealing with a once-in-a-century health crisis is difficult, especially for emerging market countries like South Africa whose public health infrastructure is parlous.While I recognise that the countries hardest-hit by the pandemic thus far are part of the developed world, in managing the process of opening the economy governments in emerging markets nevertheless need to be careful and avoid haste. There is much at stake. Governments will need to think about various groups in society, especially those that are most vulnerable. The state also needs to think seriously about how to use this crisis to tackle deep-seated socio-economic challenges.

This question was explored in a recent webinar hosted by one of SA's leading economic thinkers, Dr Thabi Leoka, in conversation with business leaders, policy makers and social activists. What was clear from this discussion is that people of different persuasions agree that it is important to save lives and safeguard livelihoods. There was also consensus on the need to be more adaptive to the crisis and strive for an inclusive economy.

The difference, however, is how to get there. One of the approaches that came out strongly from the discussion was that government needs to do more to help out-of-work citizens with income support. Some have even proposed the direct financing of government and companies by the South African Reserve Bank, an option that may appear well intended but is not suitable for South Africa.

One of the participants was the governor of the Reserve Bank, Lesetja Kganyago, who said that citizens must be given money through work instead of free cash transfers because it gives them purpose and dignity. Can this be applied to the recipients of Covid-19 social support grants? I think it can, however the modalities of how may prove complex. There has to be an alternative to how the current social security set-up is designed. In its current form, it may be breeding a dependency culture while not adequately capacitating those it seeks to help to meaningfully participate in the economy and add value.

Second, the provision of food parcels as relief is understandable, but such relief restricts the choice of recipients of what food products they want to consume. Cash payments, for work done, would give citizens choices and dignity, in that they would not be beholden to government as they would have worked for the income they receive. Sure, there could be considerations around costs to travel to and from the areas where they could buy these items, but these could be circumvented by helping small businesses close to where people live supply these items. After all, spaza shops have long existed to supply basic goods more conveniently than the big retailers were willing to.

There also exists a more radical departure. Perhaps we do not need to save companies, especially if the main objective of state relief is to save livelihoods, that is to say household incomes. Income transfers could be done directly to households, which will then decide what products and services they want to consume.

The companies that supply these products and services will naturally find a market, while those that supply products and services which consumers deem unnecessary would die a natural death. Covid-19 has shown that there are deficit industries – those which society requires in abundance yet has underinvested in - such as health, in addition to transport, telecommunications and energy, among others. It has also shown that there are surplus industries, such as entertainment.

One of the outcomes of a financial or economic crisis is that it cleans up badly run companies and those that have stopped innovating. During this crisis, the process of natural selection that usually follows a financial crisis to extinguish those sectors that no longer provide what society truly needs for its progress will likely be short-circuited because of the need to save livelihoods through keeping companies afloat. Despite the support that will be given to some of these sectors, they will still go extinct in the post-Covid-19 economy. The state must not waste resources saving these sectors, but instead create excess capacity in health, housing, energy, transport and education.