Reserve Bank not a tool for boosting economic growth 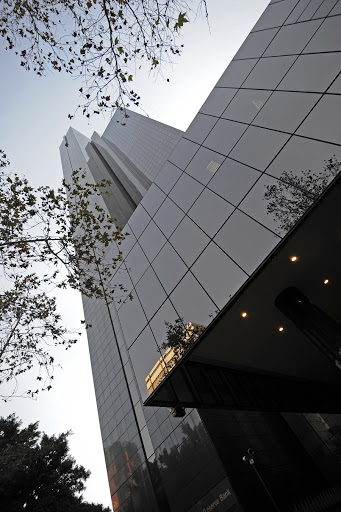 Globally, central banks are under attack, supposedly for having too narrow mandates that focuses on price stability (low inflation) or for failing to boost economic growth when economies are not growing. I find this renewed impetuous to push for wider mandates for central banks in the run up to national elections very suspicious, opportunist and at times shows evidence of lack of creativity in how to kick-start economic growth.

In the US, President Donald Trump has frequently attached the US Fed for hiking interest rates because it hurt economic growth, which raised concerns about the independence of the Fed. There was even speculation that he would fire the Chairman of the Fed. Coincidentally, the US will have elections in 2020. The President of Turkey, Erdogan, also put pressure on the Bank of Turkey to force it to cut rates ahead of an election. India’s politicians replaced Urjit Patel as its bank governor in 2018, the second governor to be fired after Raghuram Rajan’s second term was not renewed in 2016. Patel’s successor cut rates ahead of elections in India. In the UK, the same people that advocated for Brexit attack the Bank of England, and say that its economists, many of which have PhDs, are incompetent. The populism grave train is very clear in both developed and developing countries.

In South Africa, the calls to either nationalise the South African Reserve Bank (SARB) or to expand its mandate also shows that there is dishonesty in confronting the causes of poor growth. South Africa does not have a demand problem; which monetary policy can influence. The majority of the reasons why growth has been deteriorating over the past decade are due to the supply-side or production problems, of which the SARB cannot influence in any meaningful manner.

For the unsuspecting citizen who read or listen to those that are advocating for these populist ambitions, which includes those that have written in these pages advocating for Morden Monetary Theory, which one of US’s top economists Kenneth Rogoff called Modern Monetary Nonsense, all seems noble given promises that nationalising the SARB will democratise the institution and thus give citizens through their elected officials control to print money and fund even the most unprofitable state owned enterprises. More so, less informed citizens will be lured to believe that the SARB has the ability to boost economic growth and reduce unemployment. Over the short term, this is true but over the long term, the SARB has no such ability through printing money.

Effectively, the SARB is being asked to over compensate the malfunctioning productive sectors by printing money. The results of such money printing policies is hyperinflation of which examples are well documented, Zimbabwe currently, Hungary in 1946 and Germany in 1922. The consequences of hyperinflation include a decline in the value of savings, low confidence in the financial sector, lack of investment and ultimately lower economic growth and rising unemployment. Essentially, history teaches us that nationalising or ambiguously expanding the mandate of the SARB will likely result in macroeconomic instability if it comes with eroding the independence of the SARB.

South Africa’s structural problems that are holding economic growth are well documented by National Treasury, the SARB and independent research houses including multilateral institutions such as the International Monetary Fund and World Bank.  They do not include monetary policy as a constrain to potential economic growth and the reduction of unemployment.

It must be obvious then that low potential economic growth will not be solved by monetary printing. The solution has to be fixing the productive sectors of the economy and incentivising the private sector to invest in greenfield projects. With this in mind, citizens must guard the SARB’s independence, which has served to provide, together with a prudent fiscal policy, a stable macroeconomic environment, of which policy makers elsewhere in the public sector, has failed to capitalise by not implementing policies they identified to be crucial for high growth and reducing unemployment. Macroeconomic stability is a necessary condition for the growth of private sector investment that can improve economic growth and reduce unemployment. An independent central bank contributes in that macroeconomic stability, as a result, society must never get tired of defending this independence.