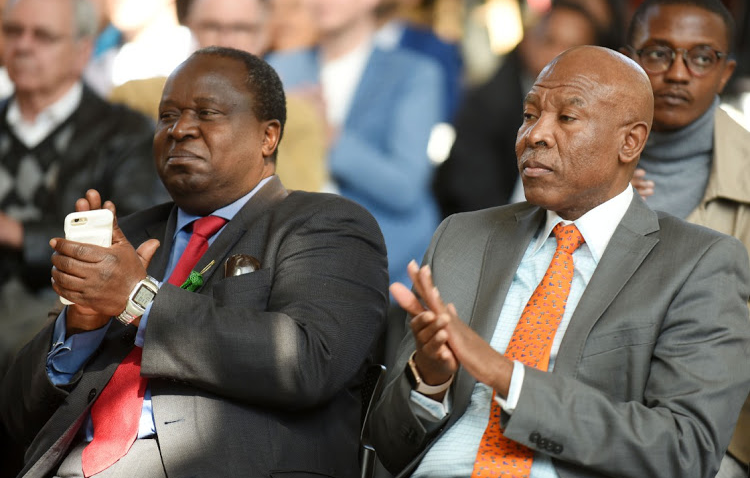 Global markets are in turmoil and central banks are responding with emergency interest rate cuts while those countries with fiscal space are putting together stimulus packages primarily geared to healthcare spending to help fight the COVID-19 pandemic. The US Fed cut rates by 50 basis points followed by the Bank of Canada and the Bank of England with similar magnitude of rate cuts. Other central banks including the People’s Bank of China and other emerging markets have done so and already. Conditions dictate that the South African Reserve Bank must support the economy and cut rates by as much as 50 basis points at one go, and even consider deploying macro prudential tools to help those corporates that are experiencing credit and funding stress.

What have changed since the last Monetary Policy Committee meeting in January where the SARB unexpectedly cut rates? A lot has changed. Two weeks ago, Stats SA told us that the economy is in a technical recession, which is defined as two consecutive quarters of contraction in quarterly growth rate. However, for all intends and purposes, the economy has been in recession for most of 2019. More than half of the ten sectors of the economy have already been in a technical recession in 2019. Inflation continues to remain muted and well within the SARB’s 3%-6% target bank, and in fact it has been at or below the 4.5% mid-point. Just considering these two domestic factors alone, there is already a case for a more aggressive interest rate cuts.

But there is more. Oil prices have collapsed by more than 20% over a two-week period. Although the rand has depreciated against the US dollar, the pace of depreciation is far outweighed by the decline in oil prices, which means that on a net basis, there will be a benefit for fuel prices over the coming months. More so, the decline in global bond yields, particularly from the US and Europe as investors run for cover in safe heaven assets, has taken real interest rates in these countries into negative territory where they were not already negative. This means that South Africa’s neutral interest rate will be lower that at the time of the last MPC meeting and higher than the current policy rate.

Furthermore, the threat of COVID-19 on global economic growth and therefore on SA’s economic prospects adds to the need to cushion economic activity. Yes, monetary policy has limits to what it can do, however, in the midst of an economic crisis all tools to lessen the impact on corporates and households need to be deployed. The SARB does not have to cut rates because other countries are doing so, conditions are conducive for a rate cut from almost all factors under consideration.

The impact of COVID-19 will come in four phases. The first one is the supply and demand disruptions, which we have already observes with factories closed, people’s movements restricted and flights and conferences cancelled.  This is intensifying. The second stage is financial disruptions, whereby liquidity and credit conditions deteriorate. Boeing and Sasol are examples in this regard. We are likely to see more corporates experiencing financial difficulties, particularly in the US, where corporate debt levels are elevated. This phase interacts with the first phase in a feedback loop which requires a policy response to break that circuit. This is where central banks can help by providing liquidity. The third phase will involve investors looking for a market bottom, which will require a resolution of the underlying problem, which is a health issue.

The last phase is more long term and it involves the fast tracking of de globalisation which started with the China – US trade tensions. The fact that China was the epicenter of the coronavirus outbreak, which have since spread globally to more than 110 countries and impacting economies, means that countries have to recognises that it’s too risky to have a significant dependency of any economic activity to one big country. Countries will likely diversify away from China over the medium to long term.