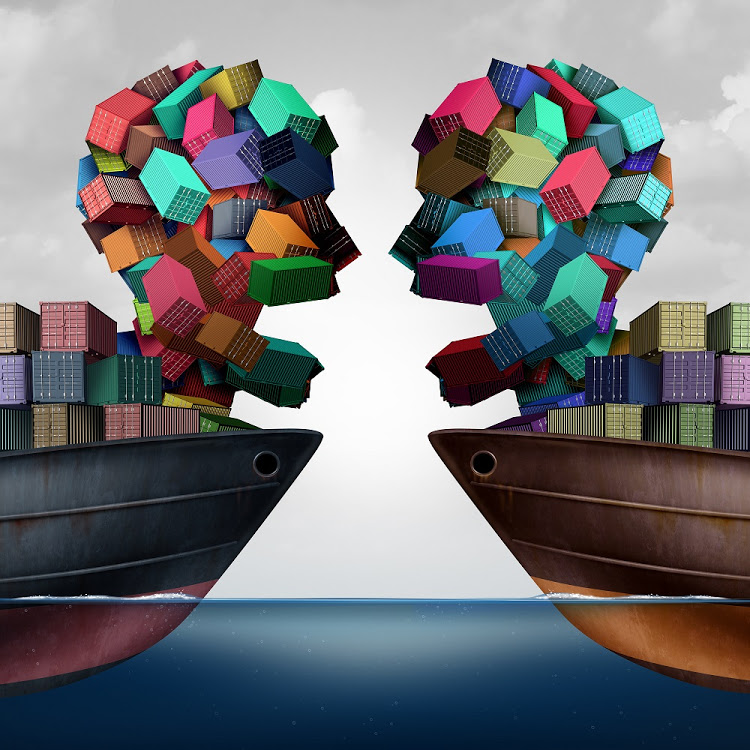 Markets are now bullish compared to December 2018, largely driven by the US Fed and the European Central Bank that have gone dovish, just like the People’s Bank of China and the Bank of Japan in terms of the monetary policy guidance given the apparent economic growth slowdown. This bullishness was further reinforce when the US extended the 1 March 2019 deadline to hike trade tariffs on Chinese products indefinitely, as analysts viewed this as a reduction in the risk of further escalation in trade tensions between the two biggest economies.

While the market is now focused on the Brexit fiasco following two UK parliamentary votes – one against UK Prime Minister Teresa May’s amended Brexit deal and the other against the UK leaving the EU without a deal, the impact of the trade wars seem to have been forgotten. For the ordinary South African, the pain of global trade wars and Brexit will show its ugly head in the months ahead.

On first thought, one would think that the trade war between China and the US must be good South African consumers as China will divert some of its cheaper products, relative to South African produced, into our markets. By so doing, the Chinese import flood onto our shelves will force domestic producers to reduce prices that will ultimately benefit the man or woman on the street.

This, however, is unlikely to be the case as there are various local producers pushing back against imports. In all of this, the consumer will be the loser from what would have been a windfall from the global trade wars. Effectively, by imposing import tariffs on Chinese products, which includes solar panels, fridges, iron and steel, the US has set in motion a global rush to hike tariffs against Chinese products.

For countries whose trade policies lack the tools of enforcement, the citizens are guaranteed to be the losers instead of being beneficiaries. South Africa lacks the enforcement tools. We don’t have proper data on unregistered vendors and therefore there is a leakage from the tax revenues that should be paid by these businesses.

The more impactful global trend is the trade war. There will be a flood, onto our shelves, of Chinese fridges and solar panels given that they are subject to higher tariffs in the US, even if it’s not now given the extension of the deadline, China will continue to divert their exports to countries such as South Africa. The response of local producers will be to request for an increase in tariffs on these imports, which ultimately does not benefit consumers.

Another outcome that is more concerning will be if Chinese companies claim to establish local manufacturing hubs to evade tariff increase against their products. They will claim that they will create jobs for locals. However, because we do not have monitoring tools, there is need to be careful to be lured into this localisation of trade rhetoric. It’s quite possible that the so-called local manufacturing plants are repackaging facilities of products imported from offshore, which means that the purported job creation will be minimum in the end.

Whatever the end result, institutions like ITAC and the DTI must weigh the benefits to South Africa in terms of job creation, transfer of technology and the effect on price levels that will be paid by the consumer. Global developments offer an opportunity to negotiate the best deals for South Africans.  However, to ensure these benefits are realised, there is need to establish proper monitoring tools across various sector, which, currently seem inadequate. Policy markets must not let these global crises go to waste; all that is needed is to put the South African interest first, the rest of the world is doing it anyway.