Small rise in employment is nothing to celebrate 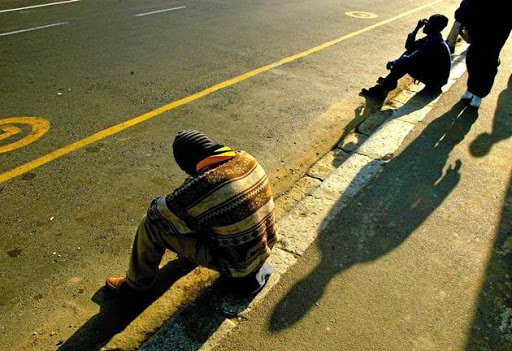 Consensus is emerging that unemployment, inequality and poverty require all sectors of society to get stuck in to find solutions

Stats SA reported that the unemployment rate improved marginally, from 35.3% to 34.5% at the end of the first quarter. The number of unemployed people decreased by 60,000 to 7.9-million, while the number of those with jobs rose by 370,000 to 14.9-million. Employment remains 1.5-million or nearly 10% below pre-pandemic employment levels.

If the National Development Plan’s target of 23.25-million employed people by 2030 is to be kept, which it must, employment levels imply that SA must create just under 1-million jobs (926,000) every year for the next nine years. The details of Stats SA’s report cast doubt that this level of employment creation will be achieved.

Government jobs cannot be sustained given the fiscal constraints that lie ahead, which includes the extension of the reduction in the fuel levies to cushion consumers and the public sector wage increase, which is likely to be settled above inflation. In any case, a lot of the employment generated in terms of the presidential employment stimulus are low productivity jobs producing little that can add to overall economic growth.

Most private household employees — domestic helpers — are unlikely to get their jobs back due to a combination of the work-from-home phenomenon and the cost of living crisis the shrinking middle class is facing. The rising cost of living will motivate many of those now working from home to do the work they would ordinarily hire helpers to do.

Agricultural Business Chamber of SA chief economist Wandile Sihlobo tells me the agricultural sector is also facing significant rise in input costs — fuel and fertiliser — which is likely to reduce employment growth in the sector in the coming production season.

The construction sector, which usually booms when economies grow, is still in the doldrums. There are few cranes on the skylines of SA’s big cities, which means little if any activity outside the cities. The state of the road infrastructure, especially in rural and semirural areas, sends the same message. Infrastructure-led growth might change this in the years ahead, but so far things look tentative so no jobs will come from this sector over the short term.

We know government leaders tend to exaggerate success, and the latest employment figures are certainly nothing to celebrate. No-one who understands the unemployment crisis in SA could celebrate the minuscule 0.8 percentage point improvement in the unemployment rate to 34.5%. For context, the country with the second highest unemployment rate in big emerging markets is Brazil at about 15% unemployment, less than half of SA’s joblessness.

It is always positive to see a convergence of views in society. Unemployment as a crisis has always been acknowledged by both government and business leaders, but there has been little appreciation of the reality that it is a real business risk that every business leader should care deeply about. Until the July 2021 riots forced the closure of many businesses, that is. A strong consensus is now emerging that unemployment, and by extension inequality and poverty, is a common problem and requires all sectors of society to get stuck in to find solutions.

Perhaps it is time for business leaders to re-evaluate what economic transformation means. For some it has meant a cost to business rather than a necessity for sustainability. A reduction in unemployment, poverty and inequality, and business success, are tied at the hip. Failure on any of these implies failure on all. Social instability is bubbling, but completely avoidable. If the country degenerates into chaos it will be attributable to leaders in government for not implementing pragmatic policy; business for refusing to meaningfully transform; and labour for not playing its part in job creation.