The ECB delivers QE and a rate cut, next is the Fed 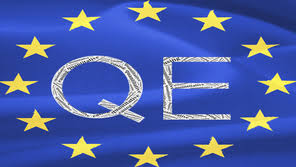 Bond markets have long screamed that something amiss is happening in the global economy. The US yield curve, specifically the 2Y10Y, has inverted. That happened just before all of the last seven US recessions, so there is reason to worry.

Some might say the Fed is manipulating the yield curve, so this time is different. I don’t buy the narrative that this time is different with significantly compelling evidence, and at this stage, the evidence remains wanting to suggest a structural shift in the yield curve’s ability to predict a growth slump. In any case, the Fed has always manipulated the yield curve, even in the last seven recessions and in fact, as long as it has existed it has raised and lowered interest rates to affect money supply and the economy, that was manipulation. The difference are the tools it uses today.

Elsewhere the evidence echoes that of the yield curve. The quantum of negative yielding debt skyrocketed to US$17 trillion dollars on the 29th of August 2019 before declining to USD$14.7 trillion on the 11th September. This means that real money managers preferred safety and liquidity over chasing returns. That is what we call risk aversion and it usually happens when the investment community is worried about the state of the global economy. And they are worried.

Figure 1: The yield curve and the quantum of negative yielding debt

Leading indicators have also been sounding the alarm bells. The manufacturing Purchasing Managers’ Indices – a gauge of how the manufacturing sector’s executives perceives their business environment – have been deteriorating. The figures for August show that there are only four countries – representing 14% of global GDP –  out of 18 countries that jointly constitute over 70% of global GDP, have PMIs above 50. Put loosely, over 50% of global GDP growth is slowing down. That is concerning for sure.

Q3 19 figure are the averages for July and August

Germany and the UK economic growth contracted in Q2 19, Italy and Spain moderated. China and the US also moderated. In this environment, emerging markets growth will eventually be dragged down and this shows up in trade volumes.

The reasons for this are many but primary in this slowdown have been the impact of previous Fed interest rate hikes, trade tensions and Brexit uncertainties.

Global central banks have responded by cutting interest rates but up to the 12th of September, they have not been aggressive enough to reverse risk aversion; that’s what equity markets are telling us, as they remained relatively uninspired to rally.

Enter the European Central Bank’s Mario Draghi’s last meeting, which decided to cut policy rates by 10bp further into negative territory and restart the bond purchasing program of yesteryear amounting to EUR20 billion until inflation return to 2%, which is well beyond 2021. That is EUR480 billion of quantitative easing (QE). You will hear this QE a lot going forward, perhaps next from the US Fed when it meets next week where it’s expected to cut rates by 25bp with an outside chance of 50bp.

The pressure is now at the Fed as the US dollar will likely remain strong relative to the G10 currencies in the absence of an aggressive cutting cycle, which itself is limited because of the zero lower bound. So QE is the only thing that will weaken the US dollar, for now the dollar will remain stronger, which means weakness for everybody else including EMs.