The Grinches who stole Christmas are central bankers after all 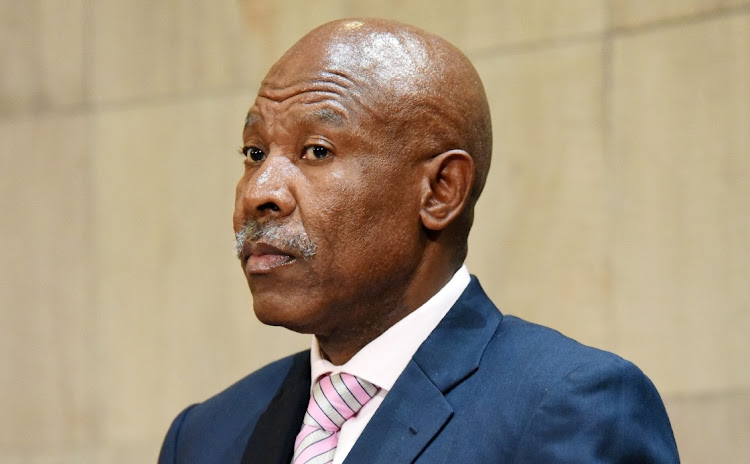 The Reserve Bank’s interest rate hike this week of a quarter of a percent to 3.75% from an all-time low of 3.5% has angered many South Africans who feel their December has been ruined by higher interest costs.

There are several aspects about this monetary policy committee (MPC) decision.

The first is that there was little change in the macroeconomic forecasts that would have prompted the Reserve Bank to raise interest rates. The inflation forecast, which is the main variable the Bank targets, is only 10 basis points higher compared with the September MPC at 4.5%, 4.3% and 4.6% in 2021, 2022 and 2023. The terminal forecast for 2024 is at the 4.5% midpoint.

What is clear from the Reserve Bank, the National Treasury and pretty much anyone who produces decent forecasts, is that this economy is stuck in a low-growth trap that cannot generate demand-pull inflation

Core inflation, which excludes food and non-alcoholic beverages, fuel and energy, is forecast to remain below the midpoint of the inflation target until 2023 and only reach 4.5% in 2024.

Non-administered prices, which excludes various taxes and levies imposed by the government and its agencies, have been muted. The October print was at 3.8% and will likely remain muted in the medium-term.

There is no underlying inflation in this economy to warrant a steep hiking cycle of the order of the cumulative 300 basis points by the end of 2024 that the Bank quarterly projection model (QPM) forecasts.

“What is clear from the Reserve Bank, the National Treasury and pretty much anyone who produces decent forecasts, is that this economy is stuck in a low-growth trap that cannot generate demand-pull inflation.”

Most of the increase in inflation over the medium term will be largely driven supply-side constraints such as electricity and oil prices.

The second observation is that there is huge divergence in interest-rate expectations around turning points in monetary policy. This might reflect poor communication or guidance by the Bank or the lack of understanding of an otherwise well communicated path by analysts and traders.

Out of 21 economists surveyed by Bloomberg, 11 expected a hike of 25 basis points while 10 expected rates to remain unchanged. The almost even split is consistent with the MPC, which was split three to two in favour of a hike.

The consensus expectation for rate hikes going forward is for a 75 basis points increase by the end of 2022, followed by a further 50 basis points in 2023.

Economists were divided on what the Reserve Bank should have done at this MPC. Economists and traders are wide apart in their expectations for the interest rate path for the year ahead.

I believe it is unlikely the Bank’s communication is poorly understood by the market. It is more likely that the Bank has done a poor job of signalling its interest-rate path and needs to improve its communication, especially around monetary policy turning points.

Besides the communication issue leading to diverging expectations, there is also something to be said about the Bank’s reaction function as far as its response to first- and second-round effects of either supply shocks or weak currency.

The other external factor that might have tilted the MPC decision to hike is that the global trend in monetary policy decisions has changed.

The US Federal Reserve begins its $15bn (about R236bn) a month withdrawal of its bond purchase programme this month, though it is guiding for the first interest rate hike in late 2022. The Bank of England is also gearing up for increasing interest rates next year.

In emerging markets, more than two dozen economies have increased interest rates this year by magnitudes ranging from 25 basis in countries such as South Korea to 575 basis points in Brazil.

SA’s real interest rate forecast for 2021 is -0.7%, 0.9 and 1.8% in 2022 and 2023. Even if one must look at it from the relative real interest rate attractiveness point of view, SA still comes off better than the average emerging market at this point.

It then appears that the Bank is more concerned about the risks of inflation, supply side to be specific, and a potential weaker currency influencing wage settlements and inflation expectations.

The trade-off that might be made is that there is little impact policy can have on economic growth over the long term while the risk of de-anchoring inflation expectations has increased.

Any credible policymaker would choose to take care of the primary objective, in this case for the Reserve Bank to guard against de-anchoring inflation expectations rather than to play to the gallery of low interest rates, whose impact on economic growth and employment is negligible.

It will be more difficult, and more damaging, to the economy to be too far behind the curve on adjusting monetary policy. However, the January MPC is not too far ahead, so perhaps the Bank should have given the country a stress-free Christmas.

The counter to this is that central bankers rarely come in colourful attire like Father Christmas; their job is to maintain price stability and not hand out Christmas gifts.