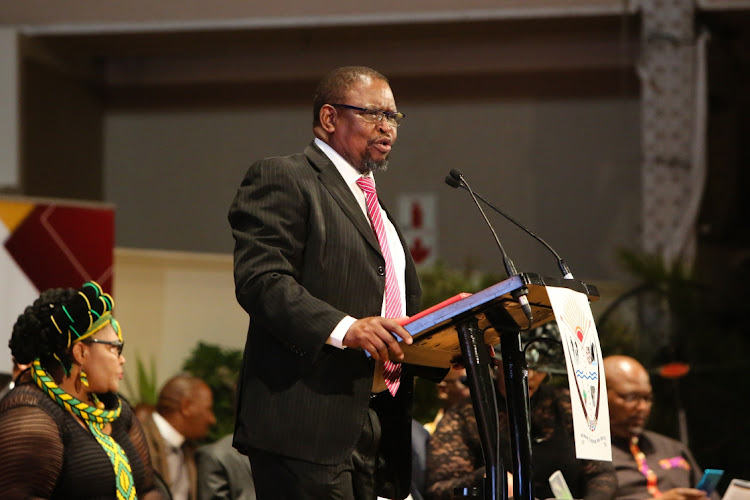 Minister must show that Treasury is not anti-poor, guarantee fiscal sustainability, and move on already made plans

The short-term priorities are less of a headache. Tax revenues will outperform the 2021 February budget, and they must be split between extending the social relief of distress grant over a specified period, the 2021/2022 public sector wage deal and reducing debt issuance.

The narrative about how to reignite economic growth in the medium to long term must be the central message that will provide confidence to investors, business and society.

What growth story does the minister need in his speech to be believable?

First, a striking narrative that needs to be dispelled is that the National Treasury is anti-poor and not interested in growth-enhancing fiscal reforms and in creating jobs that will lift people out of poverty. This is wrong and at odds with what is in Treasury’s self-interest.

I recently had coffee with a former colleague, a policymaker who expressed the obvious but seldom made point that the Treasury’s interest is to make everyone rich and every business profitable so it can tax them and never have to worry about revenue shortfalls.

The critics of the fiscal framework must disprove this self-interest for their view that the Treasury is anti-poor to hold.

Second, a growth narrative must guarantee fiscal sustainability over the medium and long term, underpinned by realistic economic growth projections, a commitment to cut wasteful expenditure, restructuring budget allocations away from current spending to public investment, and debt reduction.

This will reduce the risk premium and ultimately debt service costs, unlike Nouriel Roubini and Colin Coleman’s proposal to first increase debt to fund social welfare before consolidating.

The Treasury must heed lessons from the past decade and restructure public spending towards investment.

Third, beyond fiscal policy, which is in the Treasury’s control, a long-term growth story is already available in the 2019 Treasury paper, Economic transformation, inclusive growth, and competitiveness: Towards an Economic Strategy for South Africa.

This appears complex given the recent $8.5bn (R130bn) pledges from the EU, UK, Germany, France and the US, meant to help SA transition from coal to renewable energy. The pledged funding is made up of “financial instruments including government grants, concessional loans and risk-sharing instruments”.

While there is a celebratory mood, much remains unknown, and the risk of increasing debt while not solving SA’s energy security remains. It’s the first of many steps whose outcome remains uncertain, and the MTBPS or the 2022 budget need to assess and quantify this risk as it will affect fiscal sustainability.

Eskom’s funding of Medupi and Kusile and the guarantees to renewable power projects must provide lessons in concessional funding.

Industrial policy must be aligned with the infrastructure programme. The department of trade, industry & competition has not produced new industries that replace dying industries. The success of the automotive sector has not been replicated in other areas of the manufacturing sector, such as electronics and textiles.

Instead, we have seen a host of import tariffs across various goods before domestic capacity has been built up, with the result that employment does not increase and the end consumer suffers high prices. Industrial policy must better co-ordinate with infrastructure and the restructuring of the budget towards investment.

On the specifics of the MTBPS, growth will be better than expected at about 5% in 2021 before moderating to around 2.0% over the medium term. Due to a robust cyclical recovery in commodity prices, tax revenue performance will likely outperform the 2021 budget forecast by between R140bn and R170bn.

The question is, what to do with the extra tax revenue? There are expenditure pressures that emerged that were not budgeted for. The Covid-19 and riot relief package resulted in R34bn overspending. The cash gratuity for public sector employees added another R20bn, implying a total of R54bn unbudgeted spending.

Given that there is little room to reprioritise spending, part of the extra revenues must be used to cover this overspending. The remaining part must be split between extending the relief of distress grant — whether in a family grant or in its current form — for a limited time, and reducing debt issuance.

Investors will welcome a budget that reduces debt while extending social support for a limited period, restructuring spending towards investment over the medium to long term, and demonstrating progress in implementing structural economic reforms already under way.

Minister Godongwana is a pragmatist, and he must show this in his maiden budget speech.