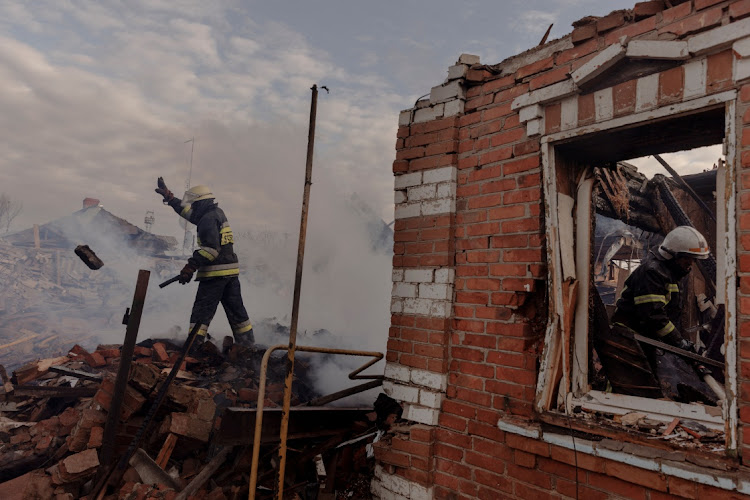 Having put in motion structural economic reforms, SA has embarked on a marketing journey through investment conferences, aiming to attract $100bn (R1.45-trillion) in direct investment from domestic and foreign private sector investors.

At the fourth such conference on March 24, President Cyril Ramaphosa announced that pledges since the first conference in 2018 amounted to R1.14-trillion and that of the R744bn pledged during the first three conferences, R314bn (41%) has been spent.

COVID-19 AND THE RUSSIA-UKRAINE WAR WILL DISRUPT INVESTMENT AMBITIONS

When the pandemic hit, countries looked inward and put more focus on fighting the pandemic. Investment was not a priority. The Russia-Ukraine war will reinforce that trend as the main potential source countries for foreign direct investment — the US and members of the EU — will reprioritise spending to fight Russia and to rebuild Ukraine when the war ends. Nations tend to take care of problems closer to home when crises strike. In this regard, historical data offers lessons for us.

A look at the response of FDI inflows around nine wars (or geopolitical shocks), and the Brexit vote, gives a sense of what we should expect and what policymakers must do in response.

The results appear convincing and show that world FDI inflows contract on average by 2% in the year of the event or war and recover thereafter, but at lower growth rates than the prior year.

At a regional level there are some variations. FDI inflows into developed markets contract during the year of the event by an average of 4.5% and recover to pre-war growth rates the year after.

Emerging markets show a different pattern; FDI inflows remain resilient in the year of the war and contract by an average of nearly 1% the year after, followed by significant growth in year two.

SA’S POSITION ON THE UKRAINE WAR: LESSONS FROM WORLD WARS 1 AND 2

The South African government and the governing party have taken a neutral position on Russia’s invasion of Ukraine. This comes with economic risks given that SA is highly integrated into the global financial system and is a recipient of FDI investment, which is mainly from the West.

The channels of impact could come through foreign companies being sceptical about investing in SA due to fear of the potential impact of sanctions on South African companies that might be doing business with Russian companies. Effectively, SA might be deemed guilty by association, thus there may be spillover impact.

SA has adopted a neutral position along with Saudi Arabia, Turkey, Indonesia, Brazil, Mexico, India and China. There has been condemnation of the government for taking such a position in the face of a humanitarian crisis in Ukraine.

This might also help to explain why South African markets have been resilient in an environment where investors are shifting their funds to safe haven markets.

Another factor helping SA is that other major emerging markets are economically and institutionally weakening due to domestic factors.

Brazil has a macroeconomic environment with a drought and an uncertain election this year. Turkey has been in far worse macroeconomic and financial shape with several changes of central bank governors that undermined monetary policy.

In Mexico, the president recently announced an interest rate change before the central bank did. Russia is under severe sanctions after it invaded Ukraine. China’s crackdown on the property and technology sectors has also slowed economic growth.

The average contraction in FDI in Africa a year before a war.

This makes SA stand out as a positive investment case in relative terms.

Domestic economic growth is now moderating at a time when the global environment is facing rising interest rates and the withdrawal of fiscal stimulus.

The pandemic and now the Russia-Ukraine war are bad news for SA, as much as they are for the rest of the world.

The lessons from the nine recent wars and major events around the world show it is going to be even harder for SA to attract FDI this year until the war in Ukraine ends.

The implication is that funds that have been pledged but not committed to SA, including those for financing the just energy transition, will likely be delayed.

The fact that other emerging markets are deteriorating economically and institutionally will amplify how SA is viewed.

Policymakers therefore need to be more determined to implement economic reforms and to market SA — through investment conferences and in other ways — to ensure the country remains top of mind for international investors even as the Ukraine war rages on. Failure to do this may mean that the dividend from implementing economic reforms might not be fully realised.