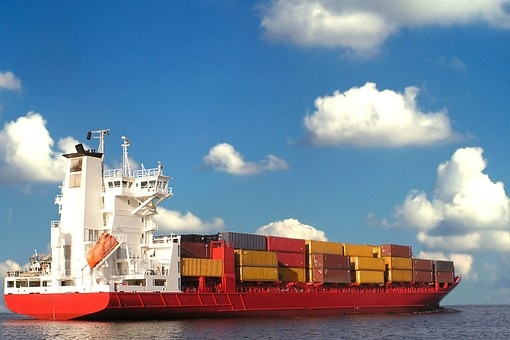 Why am I starting a blog?

It’s a heck of a job to look at a thousand pieces of data, and these days’ multiple tweets, and extract a coherent and logical conclusion about the main issues, what they mean and for whom. Bees are fascinating insects in that they collect syrup from countless flowers, so often with different scents and from different places, to make one of the smoothest and healthy soluble that has become a lifestyle diet.

In these pages, like bees, we will gather and distill thousands of datasets and deduce what they potentially mean for many aspects of life including investments, the economy, poverty and inequality, among other socio-economic matters. Some of the implications may very well be unintended, after all, bees never produce honey for our consumption. So, if you do find a benefit from any of my pieces, by all means, indulge and engage to enhance the discussions.

To kick-off, I will take you back to the fourth quarter of 2018. Here goes.

In 2018, US Federal Reserve (Fed) hiked its targeted policy rate to between 2.25% to 2.5% and still signalled three more hikes in 2019. The US yield curve – the difference between short-term bond yields and long term bond yields – inverted, meaning short-term yields were higher than long-term yields. That is usually a problem because the past four US recessions have always been preceded by a yield curve inversion. Rightly so, investors pulled money from risky assets, which includes equities, emerging market bonds and currencies. In the major global asset classes, US dollar cash and bonds were the only ones that returned positive all other asset classes were in the red. Locally, bonds and cash followed global trends and provided positive returns while the JSE equities were negative for the year.

Economic recessions usually don’t happen by themselves, they usually result from aggressive interest rate tightening by central banks, if not caused by some aspects of markets or politics being dysfunctional. The latter is the primary cause for South Africa’s current recession and the consequential rise in unemployment. This will be the subject of a future piece. Back to the issue at hand, from December 2018 to January 2019, the US fed had done a 90 degrees turn, no longer hiking rates as it signalled just a month ago to keep rates on hold largely due to concerns about economic growth.

By the end of the first quarter of 2019, almost every asset classes had recovered and reversed the losses experience in the previous quarter because the Fed was the only Chief in town. Then, in May, US President Donald Trump upped the ante on trade tariffs against Mexico, Vietnam and more so China. To be sure, trade tariffs are simply an instrument for various cold war fronts, the most prominent being technology and immigration. In simple terms, trade tariffs are a tax on consumption that can be likened to Value Added Tax (VAT), therefore, a rise in tariffs impact consumption and equities negatively. Which is why the performance of equities in May was bad.

During the G20 summit in late June, a trade deal between the US and China looked in reach as discussions were held on the sidelines. Instead, a pause in the escalations of trade tensions was just enough to push equity markets higher, even testing new record highs. Risk appetite recovered and the Fed signalled it will extend the 90% turnabout it did in the first quarter by another 90%, committing to cut rates by the next meeting in July. Come July, the Fed cut rates by a quarter of a percent to between 2.0% and 2.25%. However, the Fed did not commit to further cuts in the future, which somewhat disappointed markets.

In addition to this hawkish cut in rates, Donald Trump threatened to impose a 10% tariff on US$300bn worth of US imports from China. This is in addition to the US$250bn worth of goods from China which have already been slapped with tariffs. The usual behaviour of the US dollar weakening when the Fed cut rates did not happen. Instead, the US dollar strengthened, largely reflecting a decline in risk appetite as a result of tariffs.

A weakening US dollar held fortunes for emerging markets like South Africa. It meant that currencies will be well supported, debt service costs will reduce and portfolio flows to emerging markets will resume once more. More so, emerging market central banks could cut rates and support economic growth without having to worry about the inflationary impact of weak currencies.

It was not to be. Donald Trump, the tariff man, ate the central bank’s lunch. Tariffs are dominating monetary policy actions especially given that advanced economies are either at or near their interest rate lower bounds – levels below which monetary policy effectiveness is reduced or no longer work as intended.

What does this mean for the SA economy in general? First, don’t bank on a weaker US dollar as tariffs are here to stay because it’s a technology war in which tariffs are the weapon, and the technology war is far from over. Secondly, trade tariffs are a tax on global growth, as a result, the usual uplift from higher global growth will diminish as it falters. In any case, South Africa has already done disfavour by not implementing conducive economic policies, which effectively decoupled domestic growth from global growth. Thirdly, the debt service cost will remain high in local currency as the US dollar will structurally remain strong as long as trade tariffs remain in force.

For markets, we are in a generalised risk-off environment and any improvement in risk appetite be driven by a de-escalation of trade tensions and therefore will likely be temporary. The one thing that can change this is the return of quantitative easing, which for now, still looks a bit far, at least in the US.