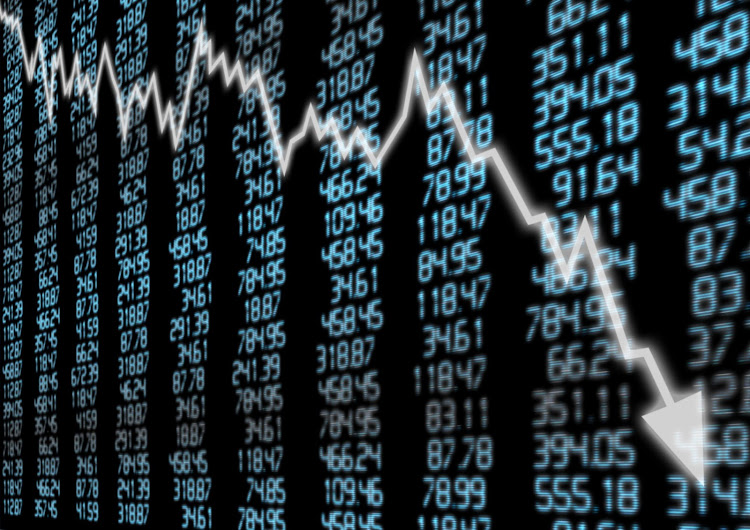 Never before has a global recession been led by a European recession, which is underpinned by a major war. Never before have the superpowers had a credibility crisis like the one we are witnessing now on various policy fronts.

Europe is backtracking from its stance on climate change as envisioned in the Paris Accord. It has moved from “coal is dirty” to firing up its coal-fired power stations to preserve its gas reserves for the coming winter. Meanwhile, Europe and the US have funding commitments to help emerging markets such as SA decommission their coal-fired plants more quickly, without proven alternatives to provide base load.

Energy security is more important than all the climate change talk for Europe. However, for the rest of the world — which is made up of emerging and developing economies that also now account for a larger share of the global economy and population — a climate emergency is being prioritorised above of their energy security, economic growth, and development.

This is the geopolitical context that underlies the global economic outlook for the coming quarters, where predictions of a US economic recession are getting louder each week. A survey of 2,581 US adults reveals that 35% believe the economy is already in recession, while 36% see recession in the next six months. Effectively, more than 70% of respondents see recession before year-end. Considering the current global economic dynamics, underpinned by the war in Ukraine and the response of global central banks to multidecade-high inflation, a global economic recession is backed into an economic policy stance, and is thus unavoidable unless we see a turnabout from policymakers.

The war in Ukraine is shaping up to be more prolonged than initially expected. Europe and the US are doubling down on supporting Ukraine with funding and weapons, while Russia remains more resilient than expected in the face of imperfect economic sanctions. China and India continue to buy Russian oil while Europe continues to buy Russian gas and oil simply because there are no quick alternatives. The coming winter in the northern hemisphere will make Europe’s energy crisis more severe and send that continent’s economies into recession.

The record-high inflation dynamics in many countries could herald much more than just the aggressive interest-rate response by central banks. Social instability, and potentially revolts against sitting governments, is a real possibility. Already, in several countries, protest action against the rising cost of living — mainly higher fuel prices — has erupted and prompted varying responses by governments.

What does this all mean for the economy and markets? First, we are in a regime shift from low inflation, low-interest rates, and stable politics to high inflation, high interest rates with unstable politics. In this environment, less policy implementation gets done because different constituencies differ on views and what should be done. There is even a risk of regression from some of the agreements that would have been made before. Major European countries’ approach to climate change and energy security is a case in point — they are regressing.

Second, central banks are adamant about bringing inflation under control and ensuring that inflation expectations remain anchored to their target. Thus, their credibility is rebuilt following their misdiagnosis of the recent surge in inflation as temporary. Effectively, central banks seem to have accepted that if the economy has to be in recession as a consequence of their policy actions to bring inflation under control, so be it. Obviously, they will not put it this way to the politicians and the public; they will massage the language as they eloquently do. Peak interest rates in the seven largest advanced economies are expected to be reached by September 2023, which implies that consumers are in for a hard time over the next six to 18 months.

Third, the US dollar will continue strengthening as long as US interest rates are rising. In addition, the withdrawal of liquidity by the Fed of nearly $4-trillion over the next four years will mean a dry-up of US dollar liquidity from the global economy. In a US recession, money returns to its owners, and the owner of dollars is the Fed. Emerging-market currencies will weaken at a time when oil prices remain high due to geopolitical outcomes from the Ukraine war. Inflation in emerging will therefore remain elevated for some time.

Fourth, we have not yet reached the bottom in markets even though we are already in bear territory, which is generally defined to be a market decline of 20% or more. A historical analysis of US equity returns during bear markets suggests that when markets fall by more than 22%, they generally decline by 37% from top to bottom. Our estimates of the impact of a reduction in the Fed balance sheet of $4-trillion is a decline in markets by 12% from present levels, which will take the overall market sell-off to more than  34% from the top. Add the ongoing interest rate hikes and a 37% overall decline doesn’t look that far off.

Fifth, markets are to a large extent driven by policy stance. When we should expect a stabilisation in markets is going to be informed by policy position, which itself will be informed by inflation dynamics. Central banks will change tack and stop hiking rates; or the economy enters recession before inflation peaks, leading to a collapse in demand and a moderation in inflation. This usually leads to central banks going into reduction mode. We are likely to be in this scenario by June 2023, if not sooner.

All these scenarios of global geopolitics, the economic environment, and policy have different implications for how the South African economy will respond and, in turn, how policymakers will respond. For now, the wide oil price predictions of between $60 and $300 a barrel show how uncertain the near future is. Inflation has not shown any sign of peaking, thus interest rates will continue to go up. The next Monetary Policy Committee meeting is likely to end in the repo rate rising another 50 basis points. If we look at SA’s inflation drivers, monetary policy needs fiscal policy help to deal with inflation through a relook of administered prices.

What does all of this mean for the South African economy and what measures can be taken in mitigation? The temporary relief provided by the DMRE was just exactly that, a temporary relief. The question now becomes, how do we use these issues as an opportunity to leap forward?