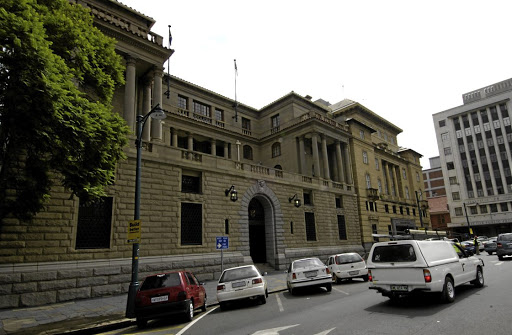 Given what we know now, that there is a near complete lockdown of movement of people and company operations, South Africa’s GDP growth will likely contract by as much as 4% in 2020 due to the impact of COVID-19. This will result in about 1.7 million jobs lost, largely concentrated in manufacturing (940 000), transport (300 000), mining (230 000) and electricity, gas and water, and business services. GDP growth cannot be saved, but some jobs can, in some highly uncertain conditions.

What is clear given our unsustainable fiscus is that there is little that the government can do using the 2009 playbook to respond to the current health crisis turned economic crisis. The 2009 recession was a financial shock that spilled over into the real economy leading to a collapse in demand. The economy did not go into a lockdown like it is from today. Deliberately, the incredible team at National Treasury then, had run a budget surplus just before the crisis hit, which enabled a fiscal stimulus to boost demand. Coincidentally, we had significant infrastructure build program for the 2010 FIFA soccer world cup, which meant that the stimulus found a ready space to go into.

COVID-19 crisis is different. Unlike the 2009 which was primarily a demand shock, the current crisis is both a supply and demand shock. While the 2009 recession was concentrated in a few sectors, the current crisis will negatively impact all sectors that are non-essential, which are more than 60% of the economy. If we simulate what this means for economic growth, assuming some sectors such as tourism, hospitality, clothing retailers and a host of services that are also deemed non-essential, are completely shut down for 21 days, first quarter economic growth will have a big contraction of at least 15% q/q annualised. If the economy recovers into positive territory in the third quarter, economic growth for 2020 will be a minimum of -4.0%.

What can be done? The government’s decision for a total shutdown was decisive and necessary. However, the very act of reducing the spread of the coronavirus by shutting down people’s movements and business operations imply that the economy will be negatively impacted. If what we observed and China and South Korea in terms of controlling and stabilizing new infection rates, otherwise known as flattening the curve, we could see South Africa’s news infection rates stabilizing over the next few weeks.

From an economic perspective, the toolbox need to be expanded. The National Treasury can grant tax holiday or tax exemptions to specific companies that meet some defined criteria, which can include the number of jobs and geographical location. Saving jobs must happen concurrently with dealing with the underlying health issue. Geographical location criteria can be in line with district economic growth model President Ramaphosa announced.

Another possibility will be to issue a special bond for dealing with the health issues, which will be financed by a temporary increase in tax in future. The SARB has started quantitative easing, essentially buying bonds in the secondary market. Perhaps the SARB must monetize the country’s debt to provide funding for the government. However, there must be clear accountability on how those funds are used in a way that differs in all respects to the last decade, where we increased debt but without much growth to show for it. Ultimately, society just have to agree that everyone, but more especially the high income earners and wealthy South Africans, must contribute more to solving this crisis.

This is an unusual crisis. Saving lives matters more than saving GDP growth but it does not mean the economy must be let to collapse. Saving jobs can be done but this requires the private sector to think beyond profits, they must not capitalize on the poor people who will be hardest hit. The stock market will recover eventually with all the stimulus, but timing it is not an investment strategy. Staying in for the long term is prudent.